Ehud Mubarak, in the Service of Zion! 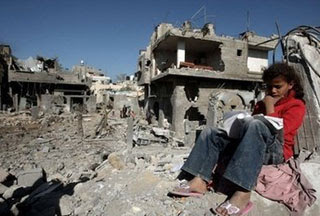 "Egypt has refused entry into the Gaza Strip to members of an international committee in charge of investigating Israeli war crimes.

The prosecutor of the International Criminal Court (ICC) set up the committee. Four French and Norwegian lawyers comprise the committee. The ICC had earlier started preliminary analysis into alleged Israeli war crimes in the Gaza war.

French and Norwegian lawyers from Amnesty International on Thursday had attempted to enter the impoverished Palestinian sliver through Egypt's Rafah crossing with Gaza.

Amnesty International, Human Rights Watch, as well as B'Tselem, and the Palestinian Center for Human Rights, have filed a lawsuit with the International Criminal Court (ICC) against alleged Israeli war crimes in Gaza.

The criminal case is expected to focus on the Israeli atrocities, including charges of using disproportionate force, white phosphorous bombs and depleted uranium in the densely populated area.

The group intended to collect evidence and testimonials on "Operation Cast Lead" which killed over 13,00 Palestinian and wounded nearly 5,500 others, a large number of them women and children. The evidence was to be submitted to the International Court before Sunday, February 8th.

Egyptian authorities, however, prevented the four member group from crossing the border, arguing that for now only displaced Palestinians can enter the territory thought the crossing.

Egypt has been cooperating closely with Israel in closing the Rafah border crossing in the past 19 months and particularly during the three week long Gaza offensive.

Hamas has also sharply criticized Cairo for refusing to keep the crossing open to wounded Palestinian people despite the dire humanitarian situation in the heavily bombarded coastal strip.

The country (Egypt) has won Israel's praise for not allowing people's basic needs and arms from reaching the Palestinian government in Gaza....."
Posted by Tony at 3:49 AM