Camp David Accord Unacceptable to Many 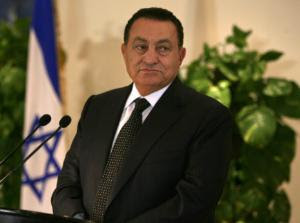 "CAIRO, Mar 30 (IPS) - Egyptian and Israeli officials celebrated the anniversary of the Camp David peace agreement last week. The agreement normalised relations between the two former adversaries 30 years earlier on Mar. 26. Opposition leaders, however, are calling for a suspension of the treaty, which they say fails to serve Egyptian interests.

"The terms of the agreement infringe on Egypt's national sovereignty and diminish its ability to defend itself," Abdelhalim Kandil, political analyst and prominent opposition journalist told IPS. "By calling for the suspension of Camp David, we're merely calling for a restoration of Egyptian sovereignty."......

"In the meantime, though, the opposition will step up calls for a popular referendum - held under international supervision - on whether or not to renew Camp David," he added. "If such a vote were ever taken, I'm sure this odious agreement would be soundly rejected by the people." "
Posted by Tony at 6:40 AM