Has Washington lost Lebanon? (Part I) 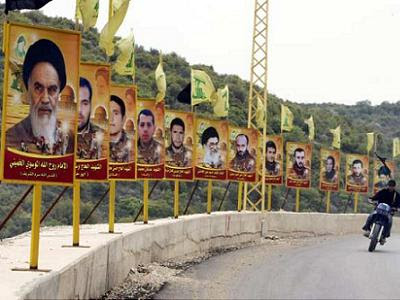 Part I: US Sinking: Serious Performance and Credibility Issues

"Henry Kissinger, among others in the US foreign policy establishment, is reportedly aghast at how quickly and thoroughly the Bush administration botched US Middle East policy and handed much of the Near East and South Asia to Iran. Not just Iraq, Afghanistan, (plus the Af-Pak region) some of the countries bordering the Arab Gulf (increasingly referred to as the Persian Gulf) but the low hanging fruit of Palestine, ripe for picking.

As Iran rapidly expands its influence to South America, Asia and Africa, many observers in Lebanon think that their country may be next. Frankly, it is beginning to look that way........

Browbeating, threats, puffed promises, lack of respect, consistently advancing an Israeli agenda has tuned off many Lebanese from American overtures.

Increasingly people in Lebanon are wondering if Iran would make a better long term ally."
Posted by Tony at 6:05 AM