Israeli Strike on Iran, A Matter of When? 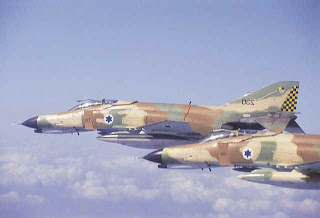 "The United States seems certain that Israel will eventually strike Iran although Washington “would be surprised if they (Israel) acted this year.” Top commander of US forces in Middle East David Petraeus told a Senate Armed Services Committee hearing Wednesday that the new Israeli government led by Benjamin Netanyahu may ultimately see itself so threatened by the prospect of an Iranian nuclear weapon that it would take preemptive military.....
An article in The Atlantic magazine indicated that Netanyahu was prepared to act unilaterally to prevent Iran from going nuclear. The introduction to the piece, written by Jeffrey Goldberg, reported that Netanyahu has given US President Barack Obama a challenge to stop the Islamic republic from developing nuclear weapons, “or else watch Israel do so.”

The quotes from Netanyahu, however, seemed more opaque and supportive of American attempts to use diplomacy and sanctions on Iran, but wouldn’t provide a timeline for American efforts. According to the article, an unnamed adviser said Israeli timelines were calculated in months, "not years," and estimated that Iran's defenses could be overcome - potentially without a green light from America. Goldberg quoted an adviser as saying, "The problem is not military capability, the problem is whether you have the stomach, the political will, to take action."........"
Posted by Tony at 2:06 AM