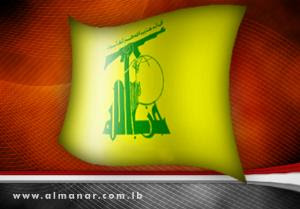 Al-Manar
"09/05/2009 Hezbollah condemned on Saturday UN special envoy to implement UNSCR 1559 Terej Roed Larsen's latest report, saying that the latter insists on showing his ugly picture from time to time through assailing Hezbollah and the Resistance at one side and pretending to care for Lebanese interests at the other. In a statement it released, Hezbollah found strange Larsen's alleged care, recalling how the UN official adopts the Zionist stance in Lebanon and Palestine. "Through his statements, Larsen constitutes a cover that supports the criminal acts committed by the Israeli occupation in both countries," the statement read out. While saying that it understands very well the role assigned to Larsen and company, Hezbollah called on the United Nations to safeguard what remains of its skinny reputation "because of its biased policies". The Resistance bloc also criticized the performance of some UN employees who are related to some suspicious circles that transformed the international organization into a tool. "
Posted by Tony at 11:48 AM