The New Discourse on anti-Semitism 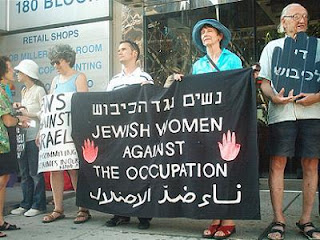 "Those who criticize Israel or those who interrogate Zionism (the ism that gave birth to Israel) are often labeled “anti-Semitic” by the Zionist lobby. This lobby, a world-wide movement, is seen to be most influential in the United States where it vigorously defends the interests of Israel.

To view Israel unsympathetically means vilification by this group: it avows political critique is something that threatens the existence of all Jews. Yet, ironically, some of the most ardent critics of Israel have been Jews – academics and political liberals who have not denigrated their Jewishness in any way because of their conscience......"
Posted by Tony at 4:30 AM