The Spies Who Got Away 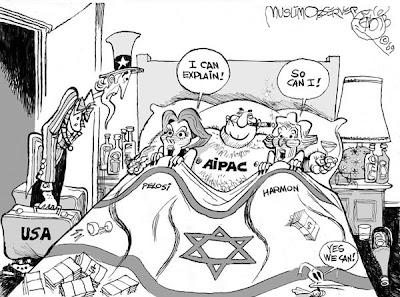 And one who didn't

"After five years of legal maneuvering and orchestrated protests from the Lobby’s amen corner, Israel’s point men in Washington have finally succeeded in their efforts to quash the prosecution of Steve Rosen and Keith Weissman, who had been charged with committing espionage on behalf of Israel. It is a victory that not only signals the continuation of the Lobby’s dominance in Washington, in spite of growing popular revulsion against lobbyists in general, but also gives the Israelis a blank check to spy on their American patrons to their hearts’ content.......

Whether this case was dropped because it became a trading card in Obama’s increasingly contentious relations with the Israelis or because it was the victim of Israel’s increasingly aggressive intervention in American politics we’ll leave for future historians to decide. What is clear, at this point, is that it is now effectively legal for AIPAC and its allies to function quite openly as an intelligence-gathering entity for the Israeli state. The line between lobbying and espionage has been erased, at least as far as Israel’s activities in the U.S. are concerned. "
Posted by Tony at 3:23 AM