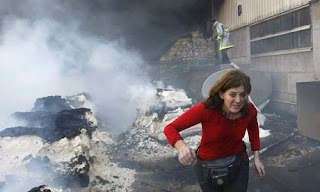 "A United Nations inquiry today accused the Israeli military of "negligence or recklessness" in its conduct of the January war in Gaza and said the organisation should press claims for reparations for deaths and damage.
The first investigation into the three-week war by anyone other than human rights researchers and journalists held the Israeli government responsible in seven separate cases in which UN property was damaged and UN staff and other civilians were hurt or killed......"
Click Here to Read Full Summary of the UN Report (pdf)
Posted by Tony at 3:34 AM