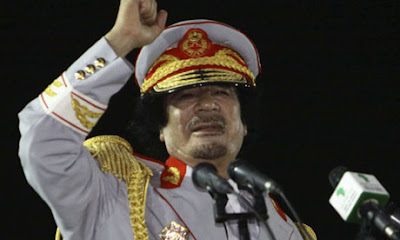 "Libyan authorities have detained 10 journalists employed by a news agency controlled by a son of Libyan leader Muammar Gaddafi, the agency said, in an apparent sign of a power struggle inside the ruling elite.

The news agency is part of a media group founded by Saif al-Islam Gaddafi, who is seen as a possible successor to his father but has been waging a turf war with a conservative old guard and has been openly critical of the government ...."
Posted by Tony at 4:13 AM