No more rage against the machine 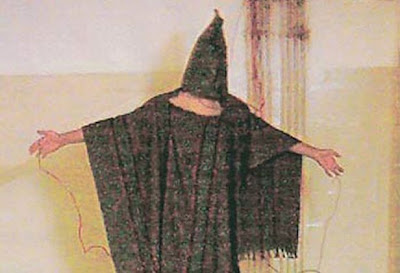 Where is the anger at the horrors revealed in the latest Wikileaks Iraq war logs?

".....The fact is that without action, rage becomes just another commodity or marketing tool - useful to sell albums and concert tickets, and even to pump up soldiers before battle (not surprisingly, its seems that most prefer less political bands like Metallica and Slayer to Rage Against the Machine for that purpose).

But now, with 400,000 new pieces of evidence screaming for justice, the question still needs to be asked: where is the rage at the revelations brought on by the release of the Iraq war logs?

In the US, the Republicans are now arguing that the answer is clear - the rage is against Obama and his evil band of liberal elitists. However laughable this argument seems to the rest of the world, Americans are clearly buying that narrative in larger numbers.

The question remains: will Americans, Brits, Iraqis and others who have been so harmed by the legacy of the Western invasion of Iraq ever turn the anger on the forces who have so well manipulated them? Will they begin to rage, and act, against the machine rather than for it?

That is the question my son had for me, as he began to understand the meaning of Killing in the Name Of. And sadly, it seems that no amount of revelations of the horrors the US has brought to Iraq will succeed in waking Americans up to the reality of what has been wrought on Iraq, Afghanistan, and increasingly at home, in their name."
Posted by Tony at 12:28 PM