A VERY IMPORTANT VIDEO!
A MUST WATCH!!

THE GREAT SATAN AND THE AXIS OF EVIL IN THE SAME BED: Iran sends troops to help retake key Iraqi oil refinery from Isis

Iran has entered the fight to retake a major Iraqi oil refinery from Islamic State militants, contributing small numbers of troops – some operating artillery and other heavy weapons – in support of advancing Iraqi ground forces, US defence officials said.
The US and its allies, meanwhile, have staged 22 air strikes on Isis targets since Friday, including four near Ramadi, the city taken by the militants this week, theUS military said on Saturday. Coalition forces also attacked five Isis sites in Syria between Friday and Saturday.

Analysis First Ramadi, then Palmyra: Isis shows it can storm bastions of Syria and Iraq

Terror group faced little resistance from local forces, prompting re-evaluations across a region that had sensed it might be in retreat


Read more
Two US officials said Iranian forces had taken a significant offensive role in the Beiji operation in recent days, in conjunction with Iraqi Shia militia. The officials were not authorised to discuss the matter publicly and spoke on Friday on condition of anonymity.
One official said Iranians were operating artillery, 122mm rocket systems and surveillance and reconnaissance drones to help the Iraqi counteroffensive.
The Iranian role was not mentioned in a new US military statement asserting that Iraqi security forces, with US help, had managed to establish a land route into the Beiji refinery compound. The statement on Friday by the US military headquarters in Kuwait said Iraqis had begun reinforcing and resupplying forces isolated inside the refinery compound.
Iran’s role in Iraq is a major complicating factor for the Obama administration as it searches for the most effective approach to countering Isis. US officials have said they do not oppose contributions from Iran-supported Iraqi Shia militias as long as they operate under the command and control of the Iraqi government.
Friday’s US military statement quoted Brigadier General Thomas Weidley as saying that over the past three days Iraqi security forces and federal police have made “steady, measured progress” in regaining some areas leading to the Beiji refinery compound, in the face of suicide vehicle-borne bombs and rocket attacks. Weidley, chief of staff of the US-led military headquarters in Kuwait, recently described the oil refinery as a “key infrastructure and critical crossroads”.
Asked about the newly emerging role of Iranian forces in Beiji, the US command in Kuwait declined to comment directly, citing “operational security reasons”. It added that all forces involved in Beiji are “aligned with the government of Iraq” and under the control of Iraqi security forces.The US statement said Iraqis, enabled by the US and its coalition partners, have “successfully cleared and established a ground route” into the refinery to resupply Iraqi troops. It listed US and coalition contributions as including air strikes, reconnaissance and the use of “advise and assist elements”.
Friday and Saturday’s strikes near Ramadi hit tactical units, armoured vehicles and a fighting position in militant-controlled territory. Ramadi fell to Isis on Sunday in a serious setback for Iraqi forces that also cast doubt on the US strategy of using mainly air strikes against the militants.
The other US-led attacks in Iraq were near the cities of al-Asad, Bayji, Fallujah, Haditha, Kirkuk, Makhmur, Mosul, Sinjar and Tal Afar. Isis tactical units, vehicles, fighting positions, heavy machine guns and buildings were hit.
In Syria, air strikes near al-Hasakah, Dayr Az Zawr, Kobani and Tadmur destroyed fighting positions, a tank and six anti-aircraft artillery systems, the joint task force said.
Separately, the Pentagon said on Friday that the cost of US military operations in Iraq and Syria since air strikes began in August was $2.44bn as of 7 May.
As well as the Beiji refinery, Isis fighters control the nearby town of Beiji, on the main route from Baghdad to Mosul, along the Tigris river.
The militants’ move on Beiji largely coincided with a successful offensive in Ramadi, the capital of Anbar province, last week. Iraqi forces withdrew from Ramadi on Sunday, leaving behind large numbers of US-supplied vehicles, including several tanks. The US said on Friday that its air strikes in Ramadi overnight hit an Isis fighting unit, destroying five armoured vehicles, two tanks and other military vehicles, as well as nine abandoned tanks and other armored vehicles.
Together, the Ramadi and Beiji losses have fuelled criticism of the Obama administration’s Iraq strategy and prompted the White House to authorise an acceleration of US weapons transfers to Baghdad, including expedited shipments of 2,000 shoulder-fired missiles for use against armoured suicide vehicles.
Iran had contributed advisers, training and arms to Iraqi Shia militias in an attempt to retake the city of Tikrit in March, but that effort stalled. In April, after the US joined the effort with air strikes, Iraqi security forces and allied Shia militias succeeded in regaining control of the city.
Tony Cordesman, a Middle East expert at the Center for Strategic and International Studies, said that while some in Tehran see the advantages of a Shia-led Iraqi government that deals equitably with the Sunni and Kurdish populations in order to achieve national unity, Iranian hardliners do not.
“At best, they are still pursuing a policy of competing with the United States for military influence over the Iraqi military and police, Shia militias, and even influence over Iraq’s Kurds,” Cordesman wrote in an analysis published Thursday. “At worst – and ‘at worst’ now seems more likely than ‘at best’ – Iran’s leaders are seeking an Iraq where Iran has dominant influence” after the Isis threat has been overcome.
Posted by Tony at 8:34 AM No comments: 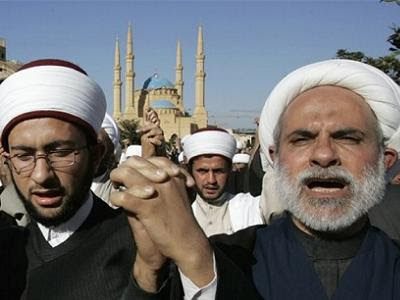 When Egyptian President Abdel-Fattah al-Sisi announced in late March after an Arab summit at Sharm al-Sheikh that leaders had agreed to create a “joint Arab military force” to respond to security threats in the region, the idea was greeted with skepticism across much of the Arab world. Now, after the chiefs of staff of the Arab armed forces met in Egypt to discuss the matter further without announcing the results of their deliberations, the idea still elicits great doubts.
The idea of a joint Arab military force indeed makes much sense, and could be a positive step for dealing with a wide range of security threats across the region. Yet doubt reverberates all around it because there is little confidence that the high-level decision-making mechanisms of the current Arab leaderships would allow this sound concept to be translated into reality in a manner that elicits widespread popular support and actually serves the security and well-being of Arab citizens.
For one thing, the manner in which such important issues are addressed is typical of the top-heavy, I-command-my-people-to-love-and-obey-me style of leadership and decision-making that defines the Arab world today, and has done for decades.
A serious issue such as his joint military force that could see Arab troops from different countries waging war inside other Arab countries, against a variety of potential foes, should be debated and decided upon in a wide consultative process that allows ordinary citizens as well as our most learned scholars and analysts to weigh in on the pluses and minuses of the idea.
Arab leaders can decide behind closed doors if they wish to agree to a unified technical standard for evaluating imported tuna fish packaging, or reciprocal protocols for postal service deliveries. But when it comes to a joint force that will fight and kill across the region, it would seem vitally important that the idea to be widely discussed and debated, so that a final decision benefits from a genuine consensus.
Two main operational problems seem obvious in such an idea. First, being a voluntary endeavor, this new Arab military force runs the risk of simply perpetuating the ideological, sectarian and other divisions that already plague the Arab world. So if those who join are the same countries that are now operating together under Saudi Arabian leadership in the war in Yemen, it is likely that their decisions to deploy to keep the peace or even to go to war would reflect these same countries’ ideological fears of Iran’s influence across parts of the Arab world. This is likely to heighten regional tensions rather than lower them.
Second, it will be difficult for the Arab states involved to collectively and sufficiently coordinate their military logistics, supplies, mechanics, equipment, training, communications and other technical aspects of their work to be able to engage in useful military action. That could mean that the main point of such a unified force is not necessarily to engage in active conflict, but rather more to function as a peacekeeping force whose presence on the ground in a conflict situation could reduce tensions and prevent an outbreak of active warfare.
Existing situations such as the expansion of ISIS clearly call for a joint Arab military response, because the group threatens many Arab countries simultaneously. The turmoil in Libya and Yemen, as in Lebanon in the 1970s, also cries out for a coherent response from Arab countries, but not mainly in the military sphere. Political and economic issues that threaten various Arab countries need as much attention as military and security issues, and in these realms Arab leaders have zero credibility.
So there is little to be hopeful about right now in the current talk of a joint Arab military force, because it brings together among the most destructive legacies of the modern Arab world: military men in power, making decisions by themselves, relying on military force to get things done, or just keep things quiet. The traditional Arab governments’ reliance on security responses to growing threats and tensions that are created by social, political, demographic, environmental and economic forces is likely to generate more stress and conflict, not less.
I understand the panic that strikes in the hearts of Arab leaders who fear the expanding influence of Iran in the region or the turmoil that could spread from Libya, Syria and Iraq. Perhaps this is the moment to ponder whether excessive reliance on militarism as a response to political and ideological disagreements and socioeconomic disparities is in fact the appropriate solution, or a cause of the problems we face.
Rami G. Khouri is published twice weekly by THE DAILY STAR. He can be followed on Twitter @RamiKhouri.
A version of this article appeared in the print edition of The Daily Star on May 23, 2015, on page 7.
Posted by Tony at 7:55 AM No comments:

Do you believe that ISIS' victories in Syria and Iraq serve the Arab region?

I AM SURPRISED THAT SUCH A CLEAR MAJORITY BELIEVE THAT THEY SERVE THE ARAB INTEREST! APPARENTLY THE SUPPORT FOR ISIS IS LARGER THAN I THOUGHT! 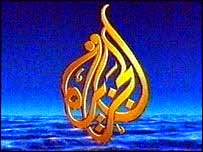 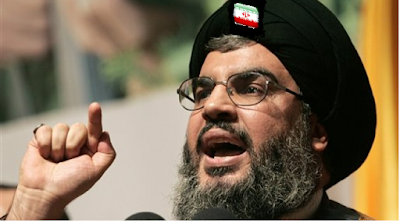