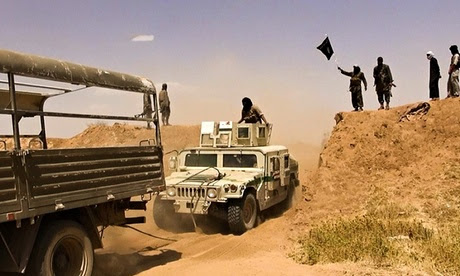 Guess Who is Coming to Dinner?

Courtesy of Uruknet.info
Posted by Tony at 2:54 PM No comments:

The conviction of a human rights lawyer jailed for taking part in a peaceful protest must be overturned, said Amnesty International ahead of an appeal hearing in the case on Saturday 28 June.
Mahinour El-Masry, who is well known in Egypt for her political activism and human rights work, was sentenced to two years in prison last month after she participated in a protest last December. The protest was peaceful, but some of the demonstrators turned to violence after police forcibly dispersed the assembly.
“There is absolutely no evidence to suggest that Mahinour El-Masry was involved in violence against the security forces. Her case is just the latest in a series of examples of the Egyptian authorities’ systematic attempts to stifle dissent, including by using the repressive protest law enacted last November,” said Philip Luther, Director for the Middle East and North Africa at Amnesty International.
“Mahinour El-Masry is a prisoner of conscience, convicted and sentenced solely for protesting peacefully. She should be immediately and unconditionally released.”
Mahinour El-Masry was convicted in her absence in January by the Alexandria Misdemeanour Court to two years in prison, a verdict that was upheld on appeal in February. The verdict was overturned after she challenged the rulings made in her absence and a retrial ordered. She was then sentenced on 20 May 2014 by the Alexandria Misdemeanour Court to two years in prison and a fine of 50,000 Egyptian pounds (approximately US$7,000) on charges of participating in an unauthorized demonstration and assaulting security forces.
Amnesty International has reviewed video footage and photographs of the protest and spoken to other participants and a local human rights organization and has concluded that she was not involved in the violence.
On 2 December 2013, protesters demonstrated outside the Alexandria Criminal Court as it was retrying two police officers accused of killing Khaled Said, a young man who died in June 2010 after being publicly beaten by police officers. Security forces broke up the demonstration using a water cannon and tear gas, and arrested a number of protesters and at least one bystander. A member of the security forces was also photographed striking one of the protesters with a baton. Some at the scene then clashed with the security forces, hurling rocks and other objects at them.
The Alexandria Misdemeanour Court sentenced four other jailed protesters, arrested during the protest, to two years in prison last January on charges of protesting without authorization and assaulting the security forces. They included poet Omar Hazek and student Islam Hasanien, who lawyers and protesters say had not taken part in the demonstration. As in Mahinour El-Masry’s case, their verdicts were upheld in their absence on appeal in February.
Amnesty International has repeatedly called on the Egyptian authorities to repeal the protest law. Since the law came into force in November 2013, security forces have arrested dozens of protesters for taking part in unauthorized demonstrations. Many have faced criminal prosecution.
“The protest law allows the Egyptian authorities to ban demonstrations at their discretion and gives security forces a free rein to use force, including firearms, against peaceful protesters - a blatant violation of international law. It sends a clear message that there is no space in Egypt today for activism that is not directly sanctioned by the state,” said Phil Luther.
On 21 June, 23 people were detained in Cairo following a march against the protest law. Among those arrested was Yara Sallam, a women’s rights activist and human rights defender who works for the Egyptian Initiative for Personal Rights. Sanaa Seif, an activist and the sister of the imprisoned activist Alaa Abdel Fattah, was also arrested. Both women are prisoners of conscience and should therefore be immediately and unconditionally released.
Posted by Tony at 2:25 PM No comments:

AN EXCELLENT VIDEO....
I SPECIALLY LIKED THE RESPONSE OF THE SYRIAN SPEAKER
Posted by Tony at 9:24 AM No comments:

U.S. President Barack Obama’s latest request to Congress to provide $500 million in equipment and training to “appropriately vetted” moderate Syrian opposition forces will provoke lively debate on two issues: First, on whether this is too little, too late to influence events inside Syria; and second, what exactly defines a “moderate” opposition force.
These are valid questions related to both how non-Syrian powers are working to bolster or topple President Bashar Assad’s regime, and how everyone is dealing with the growing threat of the Islamic State in Iraq and Greater Syria (ISIS).
One of the important recent developments in our region has seen the lingering, and very broadly Saudi-Iranian-led, ideological battle that has defined the Middle East for some years now being transformed into a single military battleground that stretches from Lebanon and Syria to Iraq and Iran. The Iran-Syria-Hezbollah alliance, aligned with Prime Minister Nouri al-Maliki in Iraq, had emerged victorious in recent years, which is why the Assad government remains firmly in place, if only in about one-third of the country.
That alliance is under pressure today, as Iran’s three partners in Arab Western Asia all face challenging new realities. Assad continues to hold onto power only by bombing and destroying parts of his country, Maliki’s incumbency in Iraq is in deep trouble and he is unlikely to stay in power, while Hezbollah is fighting inside Syria and may have to go to the aid of the Iraqi prime minister. This creates new logistical and political challenges for a formidable organization that forged its credibility, legitimacy and power by defending Lebanon from Israeli aggression, not by fighting in other Arab countries.
All three of these Arab parties depend heavily on Iran for logistical, financial and political support, and Iraq, Syria, Lebanon and Iran face new vulnerabilities that did not exist a year ago, or even three months ago, when considering the challenge that ISIS has posed to them all.
The sudden renewal in the past week of American military assistance to the Iraqi government and the anti-Assad Syrian rebels will do what foreign military interventions in Arab West Asia have done for millennia: exacerbate the political equation and intensify military action all around, leaving the region more scarred and brittle than it was before the fighting started, without resolving the underlying problems of incompetent and criminal governance that generated conflict in the first place.
Neither the United States nor Iran and their allies can control foreign lands for very long by relying primarily on military power. And despite their determination and large armies, neither of them can prevent the rise of militant fanatics such as ISIS when prevailing governance and living conditions follow the pattern we have seen in recent decades across much of the Arab world. Every power has learned this lesson over and over again, including Syria in Lebanon, and the U.S. and Iran in Iraq.
The U.S., Iran, Syria, Hezbollah and the Iraqi and other Arab governments will now effectively work together to militarily contain and push back ISIS troops, while simultaneously working politically to weaken each other. The weakness in the policies of both regional ideological camps is their misguided conviction that local actors in places such as Tripoli, Lebanon; Deir al-Zor, Syria; or Fallujah, Iraq define themselves and respond politically to the same impulses that shape identities and interests in places such as Qom and Kansas City.
When Hezbollah and Iran move quickly to support their friends in Syria, and the U.S. and its allies move slowly, the result is what we have seen in Syria: the consolidation of the Assad regime, but in ever-smaller parts of the country, along with the birth of new and more dangerous fighting groups such as ISIS. Syria is not a victory that Iran and Hezbollah can brag about.
The critical criterion for success lies in the second issue I mentioned above, which is, from the U.S. perspective, how to define a “moderate” opposition group to support. This is a truly childish approach to waging ideological and military battle abroad, and guarantees failure, as we have seen in the recent trends in Syria and Iraq during the last three years.
The critical criterion for supporting a foreign group of fighters or politicians is local legitimacy, not “moderation” defined in distant lands. But legitimacy is an issue that the U.S., Iran, Arab powers and all foreign armies ignore as they march into battle in foreign lands. That is why they leave behind such ravages and chaos when they march home a few years later, staggered and bewildered at the furies they released and encountered and the sandstorms and cultural forces that momentarily blinded them.
Moving decisively to bolster legitimate local forces breeds success. Moving gingerly to identify people who will friend you on Facebook is really stupid. 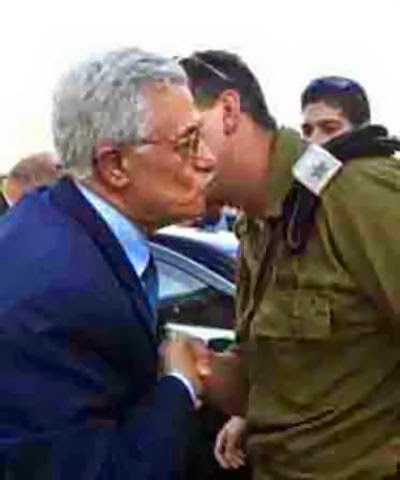 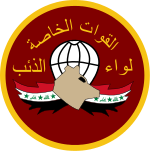