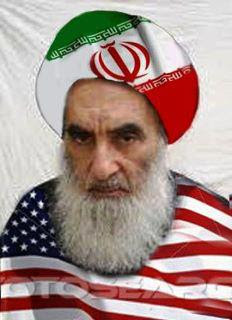 
Iraq's top Shia cleric has called on political blocs to agree on the next prime minister before the newly elected parliament sits next week, stepping up pressure on politicians to set aside their differences and form an inclusive government in the face of Sunni militants who have seized large swaths of territory.
Grand Ayatollah Ali al-Sistani, speaking through a representative, told worshippers in a Friday sermon at the holy city of Karbala that choosing a new leadership before parliament meets on Tuesday would be a "prelude to the political solution that everyone seeks at the present". As well as a prime minister, Iraq also needs a president and parliamentary speaker.
The urgency reflects the deep crisis in Iraq, after the Islamic State of Iraq and the Levant (Isis) and allied militants blitzed through the north and west this month, capturing vast swaths of territory, including the second-largest city, Mosul, and Saddam Hussein's hometown of Tikrit.
Iraq's political leaders have been under growing pressure to form an inclusive government from the United States, Iraq's main western backer, which hopes such a government would diminish support for the militants among the disaffected Sunni minority.
The reclusive Sistani is the most revered figure among Iraq's Shias. A call to arms he issued on 13 June prompted tens of thousands of Shias to volunteer to join the security forces in the fight against the extremists.
However, asking the political blocs to agree on the nation's three top jobs in four days may prove to be a tall order even at this time of crisis. Iraq's Shia, Sunni and Kurdish leaders have been bickering among themselves for years, and it took them nine months to form a government after parliamentary elections in 2010.
Posted by Tony at 7:15 AM