The assault on Gaza has been a humanitarian disaster, yet the west's staunch support for Israel continues. 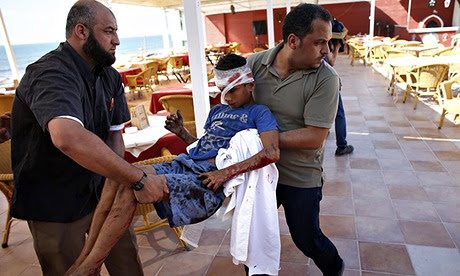 Seventeen members of a single family wiped out in a missile strike. A centre for disabled people bombed. Schools and mosques attacked. Operation Protective Edge has been a humanitarian disaster for the residents of Gaza. This, apparently, is how Israel defines “self-defence”.
The experts disagree. The UN’s top human rights official, Navi Pillay, has said the killing of Palestinian civilians in Gaza raises “serious doubt . . . whether the Israeli strikes have been in accordance with international humanitarian law”. Human Rights Watch and Amnesty International have gone further, urging the hapless president, Mahmoud Abbas, to make the Palestinian Authority join the International Criminal Court and bring war crimes charges against Israel.
For its many supporters in the west, Israel is being unfairly singled out for criticism. As the country’s former foreign minister Shlomo Ben-Ami angrily said to me in an interview for al-Jazeera English in 2013: “You are trying to turn Israel into a special case.”
According to the likes of Ben-Ami, there are much more vile regimes, and more violent groups, elsewhere in the world. Why pick on plucky Israel? What about the Chinas, Russias, Syrias, Saudi Arabias, Irans, Sudans and Burmas? Where are the protests against Isis, Boko Haram or the Pakistani Taliban?
There are various possible responses to such attempts at deflection. First, does Israel really want to be held to the standards of the world’s worst countries? Doesn’t Israel claim to be a liberal democracy, the “only” one in the Middle East?
Second, isn’t this “whataboutery” of the worst sort? David Cameron told those of us who opposed the Nato intervention in Libya in 2011: “The fact that you cannot do the right thing everywhere does not mean that you should not do the right thing somewhere.” Well, quite. And the same surely applies to criticism of Israel – that we cannot, or do not, denounce every other human-rights-abusing regime on earth doesn’t automatically mean we are therefore prohibited from speaking out against Israel’s abuses in Gaza and the West Bank. (Nor, for that matter, does the presence of a small minority among the Jewish state’s critics who are undoubtedly card-carrying anti-Semites.)
Trying to hide Israel’s crimes against the Palestinians behind, say, Syria’s barrel bombs, China’s forced labour camps or Russia’s persecution of gays won’t wash. After all, on what grounds did we “single out” apartheid South Africa in the 1980s for condemnation and boycott? Weren’t there other, more dictatorial regimes in Africa at the time, those run by black Africans such as Mengistu in Ethiopia or Mobutu in Zaire? Did we dare excuse the crimes of white Afrikaners on this basis?
Taking a moral stand inevitably requires us to be selective, specific and, yes, even inconsistent. “Some forms of injustice bother [people] more than others,” wrote Peter Beinart, the author of The Crisis of Zionism, in December 2013. “The roots of this inconsistency may be irrational, even disturbing, but it doesn’t mean they shouldn’t act against the abuses they care about most.”
Third, Israel is “singled out” today, but by its friends and not just by its enemies. It has been singled out for unparalleled support – financial, military, diplomatic – by the western powers. It is indeed, to quote Ben-Ami, a “special case”.
Which other country is in receipt of $3bn a year in US aid, despite maintaining a 47-year military occupation in violation of international law? Which other country has been allowed to develop and stockpile nuclear weapons in secret?
Which other country’s prime minister could “humiliate” – to quote the newspaper Ma’ariv – a sitting US vice-president on his visit to Israel in March 2010, yet still receive 29 standing ovations from Congress on his own visit to the US a year later? And which other country is the beneficiary of comically one-sided resolutions on Capitol Hill, in which members of Congress fall over each other to declare their undying love and support for Israel – by 410 to eight, or 352 to 21, or 390 to five?
Indeed, which other country has been protected from UN Security Council censure by the US deployment of an astonishing 42 vetoes? For the record, the number of US vetoes exercised at the UN on behalf of Israel is greater than the number of vetoes exercised by all other UN member states on all other issues put together. Singling out, anyone?
Fourth, the inconvenient truth is that we in the west can happily decry the likes of, say, Assad or Ayatollah Khamenei yet we can do little to influence their actual behaviour. Have sanctions stopped Assad’s killing machine? Or Iran’s nuclear programme? In contrast, we have plenty of leverage over Israel – from trade deals to arms sales to votes at the UN. Israel is our special friend, our close ally.
Yet when Israel started bombing Gaza this month, claiming it was acting in response to incoming rocket fire and was trying to kill Hamas operatives, Cameron merely "reiterated the UK's staunch support for Israel" and "underlined Israel's right to defend itself". And the hundreds of Palestinian dead? Didn't they have a right to self- defence? There was not a word from our PM. This, ultimately, is the fundamental difference when it comes to comparing Israel's abuses with those of other "rogue" nations. We single out Israel because, shamefully, we are complicit in its crimes.
Posted by Tony at 7:52 AM