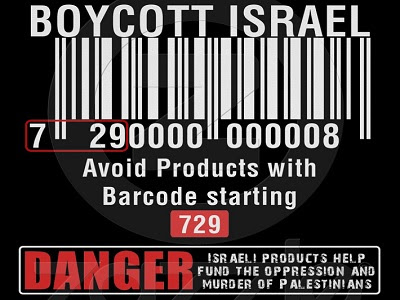 The question of punishing illegal settlements in occupied Palestinian territory was considered separately in Europe and Israel last week, with only superficial differences in the conclusions reached. Israel’s near half-century occupation is in no immediate danger, either at home or abroad.
Some 16 European foreign ministers sent a letter to the European Union’s foreign affairs chief, Federica Mogherini, calling for the EU to label clearly Israeli settlement products to alert shoppers to their true provenance.
Yair Lapid, Israel’s former finance minister who is widely regarded as a moderate, angrily phoned Mogherini to warn that major European states were calling for a “de facto boycott of Israel”. He described the letter as “a stain” on the EU, adding that Israel’s economy could face “disaster”.
EU foreign ministers were no less persuaded of the punitive nature of their proposal. Labelling settlement goods would, they wrote, be “an important step in the full implementation of EU longstanding policy” and vital to preserving the two-state solution.
In truth, however, the letter simply continues Europe’s feeble and muddle-headed policy in the face of Israel’s intensifying efforts to entrench the occupation.
After years of internal debates, only a small majority of the 27 EU states has been able to agree on the most ineffectual measure imaginable against products made on land and using resources stolen from the occupied Palestinian population.
Labelling might give conscientious consumers useful information to target settlements goods but, in the unlikely event a significant number of shoppers chose to act, it would barely dent Israel’s economy.
In fact, even if the EU went much further and agreed to enforce a fully-fledged boycott of the settlements – something far from its current agenda – it would have little more than a psychological impact.
The reason is that, while on the one hand the EU ponders symbolic gestures against the settlements, on the other it actively subsidizes the very state that has been expanding the settlements for almost 50 years.
It does so both through a special trade agreement that makes Europe Israel’s largest export market and by handing over large sums of aid annually to the Palestinian Authority, which maintains order in the occupied territories on Israel’s behalf.
European ministers are behaving like deluded parents who believe they can punish a wayward child by docking his pocket money while at the same time letting him buy up the toy store.
The pressing need for Europe to find its backbone was underscored last week when Israel’s Supreme Court considered the question of boycotts.
Israeli peace and human rights groups had petitioned Israel’s highest court, long considered a lone outpost of liberalism, over a controversial law passed four years ago. It imposes heavy damages on any Israeli individual or organization that calls for a boycott of either Israel or the settlements.
The Israeli right’s goal in passing the legislation was undisguised: to silence internal critics of the occupation, especially those who back growing international calls for Israel to face BDS – boycott, divestment and sanctions. A similar campaign of isolation turned the tide against apartheid South Africa.
However, by a narrow majority, the court supported the law. Several judges described calls for boycott “political terror”, while another renamed the BDS movement “Bigoted, Dishonest, Shameful”.
Observers were particularly surprised that the court refused to make a distinction between boycotting Israel and the settlements. Effectively, the judges kosher-stamped the occupation, equating a non-violent political protest against the settlements with “terror”.
Lara Friedman of Americans for Peace Now observed that in doing so the court had codified Israel’s “de facto annexation” of the West Bank.
In practice, the ruling will bar Israelis from showing any solidarity with Palestinians living under oppression. As the liberal Haaretz daily noted, lobbying to stop theatre companies and musicians from performing in the large settlement of Ariel, in the heart of the West Bank, is now effectively outlawed with the court’s approval.
Uri Avnery, leader of the small Israeli peace camp Gush Shalom, which for many years has called unsuccessfully on the EU to boycott settlement products, believed the ruling proved the judges were simply “afraid” of the growing power of the right.
Without a supreme court prepared to back basic civil rights like free speech, the Israeli right’s hold is unchallenged. It is shutting down the kind of political spaces that allowed blacks and whites in South Africa to struggle jointly against apartheid.
Israeli commentator Gideon Levy lamented on Sunday: “We’re about to get our most nationalist government – and there is no one to stop its laws.”
The court’s ruling only highlighted the EU’s shameful cowardice in failing to confront Israel. It is precisely as Israeli political institutions – from Benjamin Netanyahu’s government to the judiciary – make common cause behind the settlements that Europe needs to find its voice.
The few Israelis prepared to break out of the domestic consensus and stand up for Palestinian rights to dignity and justice need all the help they can get. Not least they need the solidarity of European governments, who should be joining them in calling for harsh – not paltry – penalties against Israel.
- Jonathan Cook won the Martha Gellhorn Special Prize for Journalism. His latest books are “Israel and the Clash of Civilisations: Iraq, Iran and the Plan to Remake the Middle East” (Pluto Press) and “Disappearing Palestine: Israel’s Experiments in Human Despair” (Zed Books). He contributed this article to PalestineChronicle.com. Visit: www.jonathan-cook.net. (A version of this article first appeared in the National, Abu Dhabi.)
Posted by Tony at 8:07 AM