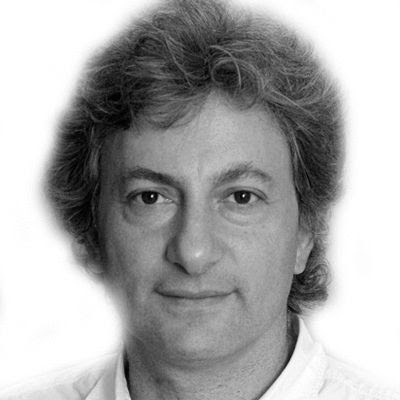 
Europe wept crocodile tears over the mass grave that the Mediterranean has become. Reactions ranged from a begrudging acknowledgment from British officials that they got the consequences of Nato's military intervention in Libya wrong, to calls for another one. Few have shown any sign that they will treat the mass drownings as what they are: a humanitarian disaster.
The military plans come from the European Union's High Representative for Foreign Affairs and Security Policy, the Italian diplomat Federica Mogherini. Her office wants soldiers from EU member states to fight ISIS in Libya and to protect the government, by which she means the parliament in Tobruk (which the constitutional court disbanded) -- rather than the rival one in Tripoli. Cooler heads have pushed back saying they want to see an agreement first between rival militias before any form of intervention is considered.
While British prime minister David Cameron had a hard time appearing both compassionate (by sending more ships to patrol the Mediterranean) and conservative (the rescued will not have automatic recourse to asylum), the EU meeting was unable to agree on the number of refugees they would have to accept.
Fear of the numbers smothered Europe's response to the scale of the humanitarian disaster. In some circles, mass drowning was cause for overt celebration. Two tweets in Italy summed up the mood of xenophobic Europe: "700 victims ... too good to be true!" and "If only all of Africa would sink." The UK's Sun columnist Katie Hopkins described the migrants as "cockroaches" and called for gunboats to be sent to sink the boats.
As Amnesty International UK director Kate Allen said, if holidaymakers instead of migrants had been drowned, how different the response would have been.
The real source of the biggest wave of migration to hit any member state since the Union came into being, has yet to be acknowledged, let alone analyzed. It's buried in the EU's own figures, but there is a reluctance to talk about it -- and for good reason.
The chaos along the eastern and southern shores of the Mediterranean is being caused by Europe's allies as much as it is by its enemies. This is why increasing numbers of Arabs as well as Africans are taking to the boats and why the surge is happening now, four years after the Arab revolutions.
Migrant flows in the aftermath of the Arab Spring actually went down. There was hope in the air. Millions of Arabs believed in a better future.
Immediately after Gaddafi was toppled in August 2011, migratory pressure dropped almost entirely according to Frontex, the European border agency:

With the collapse of the Gaddafi regime in August of 2011, the migratory pressure dropped almost entirely, and detections in 2012 remained very low. But the following year saw a second peak in the departures from Libya.

Note the year 2013, and the term "a second peak". Frontex continues:

In 2014, detections in the Central Mediterranean area reached a staggering level. More than 170 000 migrants arrived in Italy alone, representing the largest influx into one country in European Union history. Many migrants departed from Libya, where the lack of rule of law and basic law enforcement allow smuggling networks to thrive. Syrians and Eritreans were the top two nationalities, but numerous Africans coming from Sub-Saharan regions also use this route.

One-third of the 220,000 migrants without papers who came to Europe by sea in 2014 were Syrians fleeing the civil war. This tallies with the number of asylum claims. The European Commission records that the number of applicants from Syria more than doubled, compared with 2013, reaching 123,000. They accounted for 20 percent of the total.
The picture is the same this year. 36,390 migrants have made it across to Italy, Greece and Malta by sea, according to the UN refugee agency UNHCR. 1,750 are dead and the same number missing. Divided into nationality, the largest migrant group is Syrians -- 8,865 so far, then Eritrea (3,363), Somalia (2,908) and Afghanistan (2,371).
How are they getting to Europe?
There are seven migrant routes across land and sea to the borders of the EU. Of them, the central Mediterranean route from Libya to Malta and Italy has seen a biggest rise in traffic, from 15,900 migrants in 2012, to 170,760 last year. Syria does not have a land border with Libya, so one route these migrants are taking is through Egypt.
Now we have the country through which migrants are passing and the year they turned from a trickle into a flood. Not the start of the Arab revolutions in 2011, but two years later.
The figures alone point the finger at the military coup in Egypt in 2013 as having the biggest impact on Arab migrant flows today.
The coup had a direct effect -- on anywhere between 250,000 and 300,000 Syrian refugees who had fled to Egypt, and on Libya itself, with whom it has a long and porous border. Syrians had been welcomed by the deposed president Mohammed Morsi. They were allowed to stay with just their passport and schools were opened up for their children. Within days of the coup, these refugees became the brunt of Egyptian nationalist xenophobia, which linked them rightly or wrongly with the Brotherhood. They were deported and arrested. Firms fired Syrian employees. The Egyptian Ministry of Foreign Affairs claimed that by the end of 2014, 250,000 Syrian refugees were registered. But undoubtedly many have been forced to flee.
On September 6 last year, a boat set off from Damietta in Egypt for Malta. It was rammed by another vessel after the migrants refused to transfer to a smaller and less sea-worthy boat. The International Organization for Migration ( IOM) claimed from accounts of two Palestinian survivors that 500 died. They came from Syria, Sudan and Egypt.
The second direct effect of the coup was on Libya itself. Soon after July 2013, Eastern Libya as well as Gaza, was identified by a television chat show host close to the military intelligence as potential targets for Egyptian military intervention. They were portrayed as nests of Islamist extremists which threatened Egypt itself. This claim had observers scratching their heads, because the actual number of Takfiri Islamists in Eastern Libya were few and far between at the time and they were located in Derna not Benghazi. ISIS had not yet emerged and there was nothing resembling a "Free Egyptian Army" mustering on the border, as was claimed by the hysterically pro-coup media in Cairo.
But the prediction of an Egyptian backed intervention came true. On February 14 last year, Al Arabiya News Channel aired a video of Khalifa Hafter, a former Gadafy general , announcing the suspension of parliament and government and presenting a five-point road map for the country. His coup was dismissed by the Libyan prime minister at the time Ali Zeidan, who said Haftar "can say whatever he wants to say or dream of doing."
It was only the first of a number of attempts to disband the parliament in Tripoli. Fighting broke out between the Misratan and Zintani militias, and the pro-Islamist group who eventually assumed the name of Libya Dawn, took control of the airport, Tripoli and much of the center of the country. Whether or not the fragile post-Gaddafi balance of Misratan and Zintani militias would have been maintained on its own, we will never know. Probably not. But Hafter, Egypt and the UAE undoubtedly tipped Libya over the edge. Their motive was to ensure that a despot in Egypt had a fellow despot running oil-rich Libya as neighbor.
Hafter himself is, according to Libyan intelligence sources in Tripoli, not shy of human traffickers. Arabi 21 described in some detail the tribes linked to Hafter and the routes taken.
A security source quoted by Arabi 21 named the Al-Tabu tribe, allied with Haftar, as being active in the transportation of thousands of illegal emigrants from south to north, using routes under their protection. While 40 percent of the human traffic goes northwards, the same source said that 30 percent traveled westwards from the Egyptian border. Further he said Egyptian army officers get a cut of this traffic, as indeed they do from any trade done in Egypt:

He added that each person pays one hundred Libyan dinars to the Awlad Ali smugglers on the Egyptian side so as to be conveyed to the border town of Imsaed via a smuggling network run by officers within the Egyptian army and intelligence services who receive a commission for each emigrant they smuggle.

So the same people that Mogherini, the British, French and Italian governments support are up to their necks in human trafficking -- much as Gaddafi himself used illegal immigration as a lever to pressure the EU. In that respect, little has changed.
While British, German and other ships head to patrol the Libyan coast, their allies in Egypt and Libya are pushing migrants into the sea.
What does the future hold for migrant flows? Egypt itself is becoming less and less stable. From its border with Gaza, down through the Sinai peninsula where the army has destroyed 10,000 houses, to Egypt proper, one act of political violence against the state takes place every 90 minutes. As the political struggle in Egypt becomes more and more militarized, as millions more Egyptians abandon hope of a better economic future, the numbers of migrants treading the same desperate path can only increase.
There are hundreds of thousands of Arab migrants today, but there are millions more where they came from.
Posted by Tony at 9:39 AM