Abbas described as a ‘precious coin’ by IDF officer 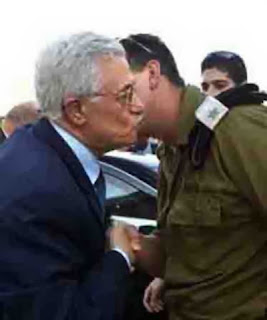 A senior officer in the Israel Defence Forces (IDF) has described Palestinian Authority President Mahmoud Abbas as a “precious coin” because he helps to quash resistance to the occupation, it has been reported in the Israeli media.
According to the Palestinian Safa news agency, which translates Hebrew language reports, the officer made his comment when addressing military correspondents in an IDF base on Tuesday. He pointed out that the army is considering and recommending a number of measures to ease the difficulties facing Palestinians in daily life, as well as some to bolster the power of the PA security services in the occupied West Bank.
Among the measures said to be taken, claim both Safa and the Times of Israel, is that Israel would allow the PA to get more arms for its huge security services (the PA has at least 70,000 security officers at its disposal), release Palestinian prisoners, grant more work permits to Palestinian workers and facilitate the passage of commercial goods to the West Bank. Such measures, the Israeli officer expects, will help to de-escalate the tension in the occupied West Bank and Jerusalem. He acknowledged the existing efforts by the PA to deter the Palestinian resistance.
Prime Minister Benjamin Netanyahu’s office, however, denied that Israel would take such measures and stressed that Palestinians have to calm down “violence” before any Israeli easing of the effects of the occupation.
Posted by Tony at 6:46 AM