Shootings by border guards, illegal deportations and desperate conditions are all the result of the EU forcing Turkey to take so many fleeing Syrians 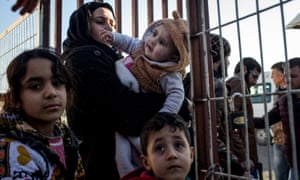 
It was beyond sad to read in the Times this week that Turkish border guards have allegedly shot dead Syrians trying to reach safety in Turkey. Sixteen refugees, including three children, have been killed trying to escape the battlegrounds of northern Syria in the past four months, according to the Syrian Observatory for Human Rights, a frequently cited watchdog.
It is shocking to think of people fleeing the combined atrocities of Islamic State and Bashar al-Assad being gunned down just as they make their bid for safety. But what is perhaps most shocking of all is that we observers are still shocked by this.
The shooting of Syrians on the border is not a new phenomenon. Refugees and rights groups have reported shootings of migrants on the Turkish-Syrian bordersince at least 2013. These abuses are well-documented, and the reports widely circulated. So why, in the months following a shady European deal that forces Turkey to shoulder the biggest burden of the refugee crisis, are we still so appalled when Turkey continues to use deadly violence to stop that burden getting any bigger?

The Guardian view on the EU-Turkey deal: the victims will be its judges

Editorial: Governments and voters worry about the effects of migration but in the end it is the refugees who must always matter most in a refugee crisis
Read more
A surge in border abuses is the logical result of a recent deal that sees the world’s richest continent (population 500 million) corral a single Middle Eastern country (population 80 million) into caring for more Syrian refugees than the rest of the world combined. We shouldn’t have expected any other outcome.
But sadly, some did. And Europe’s leaders – including David Cameron – apparently still do. Turkey is in the process of being designated by the EU as a “safe third country” for refugees – a sobriquet that gives Greece the right to send back almost all of those who land on its shores fromTurkey.
Leaders, including Cameron, have justified this with the claim that refugees are safe from mortal danger in Turkey. Border shootings show this is not always strictly true, as do well-substantiated allegations that Turkey has illegally returned some Syrians and Afghans to the danger of their home countries, even after they had safely settled on Turkish soil. An alarming new report by Amnesty International, released today, alleges that in recent weeks large groups of Syrians have been deported back to Syria from southern Turkey, as officials there attempt to reduce their refugee burden. 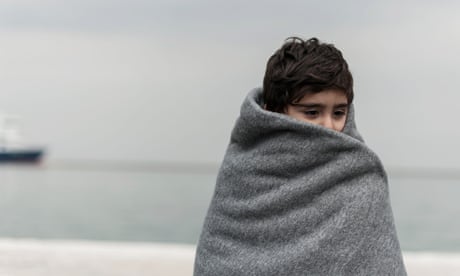 Refugee crisis: What does the EU's deal with Turkey mean?

Read more
In Cameron’s favour, most refugees in Turkey are not at risk of death on a battlefield. But this is not what refugee advocates mean when they say that Turkey is an unsuitable place for refugees. Refugee rights extend far beyond the simple right to life: they include the right to education, to healthcare and to work. The point of giving people refugee status is to guarantee them all the opportunities that are extended to natural-born citizens of the country in which they now live.
For all its generosity in welcoming more refugees than any other country, Turkey does not offer such a guarantee. Take the right to work. EU politicians justified their deportation deal with the claim that a new Turkish law, introduced in January, has now given Syrians access to legal employment.
That isn’t actually the case. To qualify for a work permit, two things need to happen. First, a Syrian needs to have held a certain kind of ID card, known as akimlik, for six months – and not everyone can get one. Second, an applicant’s employer must give the Syrian a contract. Very few employers would ever want to do this, since the reason most Syrians find work on the black marker in the first place is precisely because they are illegal: they can be paid far less than the minimum wage, and work far longer than the legal daily limit. Many employers would rather fire a Syrian than pay him properly.
The first deportations of Syrians back to Turkey are set to begin on Monday. With little access to employment, the threat of deportation to Syria looming large and shootings on the border, we should be under no illusions that the deportees are being sent to safety.
Posted by Tony at 7:34 AM