AFGHAN ELECTIONS FOR ANOTHER FAKE REGIME 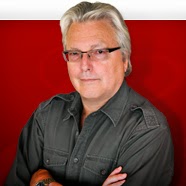 April 5, 2014
Afghanistan’s national election held this week is a sham. A group of candidates, handpicked by the US, will pretend to compete in an election whose outcome has already been determined – by Washington.
The candidates include US groomed politicians, and drug-dealing warlords from the Tajik and Uzbek north. Chief among them, Rashid Dostam, a major war criminal and principal CIA ally who ordered the massacre of over 2,000 Taliban prisoners.
Such is the rotten foundation on which Washington is hoping to build a compliant Afghan “democracy” that will continue to offer bases to US troops and warplanes. Afghanistan’s majority, the Pashtun tribes, have little voice in the election charade.
The largest, most popular party in Afghanistan, Taliban, and its smaller ally, Hisbi-Islami, have been excluded as “terrorists” from the current and past elections. They are boycotting the vote, rightly claiming it will be rigged and run by the western powers and their local collaborators. We see this same pattern of faux democracy across the Mideast.
If an open vote was held today, Taliban would probably win. Americans have no problem it seems working with Afghan Communists, war criminals, and drug kingpins. In fact, under American rule, opium, morphine and heroin production in Afghanistan has surged to all-time record highs. This is called “nation-building.”
After 12 years of using everything in its arsenal short of nuclear weapons, the mighty US military has failed to defeat lightly-armed Taliban forces. The Pashtun tribes are almost certain to keep on fighting indefinitely. A favorite Taliban saying: “the Americans have watches; we have time.” The Pashtun defeated four British attempts to colonize Afghanistan, the Soviet effort in the 1980’s, and now the US occupation.
Afghanistan has proved the longest war in America’s history. As US troops and heavy bombers attacked Taliban position, I wrote in the Los Angeles Times and other newspapers that invading Afghanistan was a terrible mistake, a war that would not be won. Not surprisingly, I was widely denounced.
My column of 26-years was blacklisted by a major newspaper chain after I dared to say the war was lost and a waste of blood and money.
I knew this having been in the field with the Afghan mujahidin during the 1980’s Great Jihad (holy war) against Afghanistan’s Soviet occupiers – recounted in my “War at the Top of the World.”
A few years later, I was present at the birth of Taliban. The Pashtun movement arose during the early 1990’s Afghan civil war to fight the mass rape of Afghan women, and combat foreign-backed Afghan Tajik and Uzbek Communists.
Washington’s current plan is to install a new, post-Karzai Afghan client regime in Kabul, and keep control of the 400,000-man Afghan police and army who fight for US dollars. The tame Afghan regime will then “invite” some 16,000 US soldiers and airmen, plus large numbers of tribal mercenaries, to stay on and keep Taliban at bay.
The key to ongoing US control of Afghanistan is airbases at Bagram, Kandahar, Herat, and Shindand, supported by bases in Central Asia, Pakistan and the Gulf. The US and its allies could not retain their bases across Afghanistan without mounting hugely expensive 24-hour combat air patrols that respond within minutes to any Taliban attacks. Without constant resupply and support from the air, western forces would be quickly cut off and defeated.
This is one big reason why the war in Afghanistan has so far cost the US $1 trillion dollars. Billions have disappeared due to massive corruption. Without a steady stream of US dollars, the Afghan regime in Kabul would collapse. Pakistan has been paid over $18 billion since 2001 to fight its own Taliban and allow US military operations.
Meanwhile, President Barack Obama’s efforts to cut US occupation forces in Afghanistan are being openly and brazenly challenged by his own insubordinate military commanders who cannot face admitting defeat at the hands of Taliban – the ultimate humiliation for the high-tech US forces.
But now that China and Russia have challenged the US, the Pentagon has found a new foe and reasons for ever-bigger budgets. So it may reluctantly abandon the Afghan misadventure. After all, who remembers the Vietnam War and the disgraceful flight from Saigon?
Posted by Tony at 7:12 AM