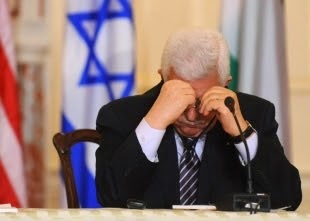 The move by Palestinian Authority President Mahmoud Abbas to join the International Criminal Court and give it jurisdiction to investigate allegations of Israeli and other war crimes in Palestine should be seen as a positive development that brings international law to play in the Palestinian-Israeli conflict. Yet I find it difficult to be enthusiastic or optimistic about this move, due to the personalized, uninstitutionalized and erratic manner in which Abbas and the current Palestinian leadership go about the business of managing statehood.
We have just witnessed the sad spectacle of Abbas deciding to take the issue of Palestinian statehood to the U.N. Security Council, and in the end discovering that he was unable to secure the nine votes needed to pass the resolution (which would have been vetoed by the U.S. in any case). The failure at the Security Council is symptomatic of the wider problem that has bedeviled the rump Palestinian leadership that remains in place under Abbas, while many Palestinians have abandoned his drifting ship and joined Hamas and other political groups.
That problem is simply that Abbas and his few advisers have consistently failed to undertake the hard work needed to succeed in political and diplomatic action, and to mobilize those assets Palestinians enjoy in the region and the world.
The hard work I am talking about is nothing magical or exotic. It is simply the hard work of spending days and weeks undertaking the basic tasks of mobilizing, consulting, negotiating, threatening, enticing and other such activities that are necessary for the success of any political campaign. This can apply to running for a judgeship in a small town in Arkansas or the presidency of France, or seeking passage of a resolution at the United Nations or any other international forum.
What Abbas has not done is to go to the Security Council armed with political firepower that could assure his success, because he did not bother to spend time consulting with Palestinians everywhere in order to mobilize a strong national consensus for his move. The lack of consultations with Palestinians is one of Abbas’ fatal flaws, because he ends up looking like a frail old man naively calling for the application of law and justice to the cause of his people – a noble and just cause, to be sure. However, nobody takes him very seriously because he is perceived to be speaking only for himself and his few advisers.
At the Security Council specifically, he seems not to have done the necessary hard work of consulting widely with all members of the council and other interested parties, nor to have engaged in reasonable bargaining to achieve a draft resolution that could secure a majority. There is no moral victory or advantage whatsoever in doing what Abbas just did: going the Security Council and failing even to secure a nine-vote majority. All he has done is diminish himself and look like a bumbler in the eyes of the diplomatic world, thereby setting the Palestine cause back, at least in the short term.
I fear now that the Palestinian decision to join the ICC will repeat this pattern of political failure anchored in a personalized, non-democratic and authoritarian style of governance that has been the ruin of the modern Arab world. The Palestinian cause has massive support worldwide, among ordinary citizens, political groups, governments, religious and professional organizations, and the overwhelming majority of Arabs, and most of their governments. Abbas has consistently failed to mobilize these forces and use them in the arenas where he engages in action, such as the Security Council and the ICC.
There is no price to be paid if a country does not support the Palestinians in the Security Council, because Abbas and his colleagues do not constitute a formidable force that can cause anyone pain. The Israelis and the pre-state Zionists in Europe especially understood this well, and have consistently achieved their main political objectives globally because they understand how to transform limited assets into political leverage.
Abbas lacks the charisma and political legacy of Yasser Arafat, but the main reason for his repeated failures to move the Palestine cause forward has been his insistence on acting like a lone old man. The failure at the Security Council should be a wake-up call. Abbas and the people around him should acknowledge that their political strategy has failed repeatedly, and they must reach out first and foremost to the human, political and intellectual wealth of their millions of fellow Palestinians who have been alienated from the Palestinian leadership since the Oslo accords of 1993.
If the Palestinian leadership under Abbas’ wobbly, personalized guidance pursues the ICC route in the same way it has pursued other diplomacy, the Palestinian people have nothing to which to look forward. Serious issues of national destiny require serious leadership, and Abbas does no fit that bill any longer.
Rami G. Khouri is published twice weekly by THE DAILY STAR. He can be followed on Twitter @RamiKhouri.