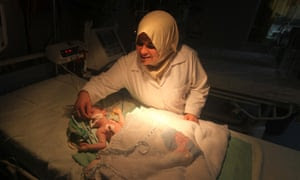 A premature infant receives treatment in a hospital in Gaza. A new UN report says there has been a surge in the rate of infant mortality in Gaza. Photograph: Majdi Fathi/Demotix/Corbis
Link


The infant mortality rate in Gaza has risen for the first time in more than half a century, a new study by the United Nations aid agency for Palestinian refugees says.
“The number of babies dying before the age of one has consistently gone down over the last decades in Gaza, from 127 per 1,000 live births in 1960 to 20.2 in 2008. At the last count, in 2013, it had risen to 22.4 per 1,000 live births,” a statement from the United Nations Relief and Works Agency said. 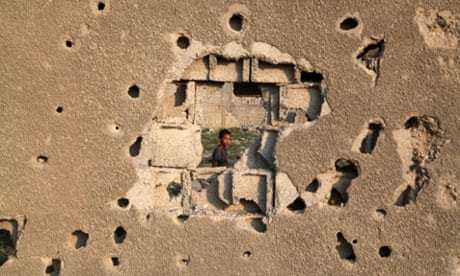 A year after the war, Gaza grieves for its child casualties

Read more
“Every five years UNRWA conducts a survey of infant mortality across the region, and the 2013 results were released this week,” it said, adding that because of the data it would conduct a new Gaza-specific survey this year.
It said that neonatal mortality in Gaza, the number of babies who die before four weeks old, rose from 12 per 1,000 live births in 2008 to 20.3 in 2013.
The statement quoted Akihiro Seita, director of the agency’s health programme, as saying that the sudden upswing was unprecedented in the Middle East. 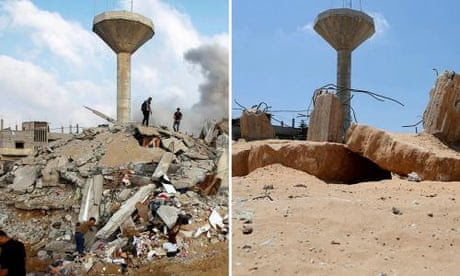 Gaza: how it looks one year after the conflict – then and now

Read more
“When the 2013 results from Gaza were first uncovered, UNRWA was alarmed by the apparent increase. So we worked with independent research groups to examine the data, to ensure the increase could be confirmed,” he said.
“That is why it took us so long to release these latest figures.”
He suggested that Israel’s blockade of the coastal strip, where close to 45% of the population is under the age of 14, could be a contributing factor.
“It is hard to know the exact causes behind the increase in both neonatal and infant mortality rates, but I fear it is part of a wider trend,” he said.
“We are very concerned about the impact of the long-term blockade on health facilities, supplies of medicines and bringing equipment in to Gaza.”
Israel imposed its blockade on the Gaza Strip in 2006 after the Islamist militant group Hamas captured an Israeli soldier. It further tightened controls a year later when Hamas consolidated its rule there.
A 50-day war between Israel and Hamas in July-August 2014 killed about 2,200 Palestinians and 73 on the Israeli side, and destroyed or damaged tens of thousands of homes in the impoverished coastal territory. Among the Gaza dead were more than 500 children.
Posted by Tony at 8:11 AM