More than five years into Syria’s civil war, Turkey, the country that has most helped the rebellion against the rule of Bashar al-Assad, has hinted it may move to normalise relations with Damascus.
The suggestion made by the Turkish prime minister, Binali Yıldırım, on Wednesday, stunned the Syrian opposition leadership, which Ankara hosts, as well as regional leaders, who had allied with Turkey in their push to oust Assad over a long, unforgiving war.
“I am sure that we will return [our] ties with Syria to normal,” he said, straying far from an official script that has persistently called for immediate regime change. “We need it. We normalised our relations with Israel and Russia. I’m sure we will go back to normal relations with Syria as well.”
Though Turkish officials later claimed the remarks were made in hope, and did not imply a policy shift, both the Ankara-backed rebels and regional diplomats inferred that Turkey was softening its rhetoric in advance of a reset with Assad, whose allies have backed him into a winning position in the war.
“We did not see this coming, said one official. “It is not consistent with what they have been saying privately.” 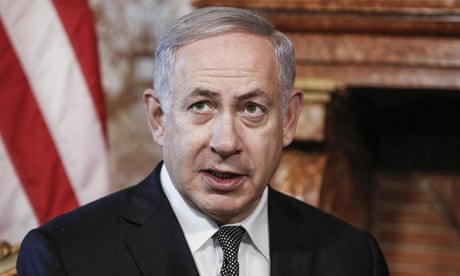 Read more
In recent weeks, Turkey has patched up wounds with Israel, which were ruptured over an Israeli commando raid on a Turkish aid boat eight years ago, and with Russia, which had cut trade ties after Turkeydowned one of its fighter jets over northern Syria earlier this year.
The Russian reset came after Syrian Kurdish forces supported from the air and directed on the ground by Moscow manoeuvred into new areas, which imperiled the Syrian opposition, but more importantly for Turkey, directly threatened its borders.
Syria’s Kurds are allied politically with the Kurds of south-eastern Turkey, who are embroiled with Ankara in a new phase of the 40-year guerrilla war. To Ankara, Kurdish expansionism is a greater threat to its interests than the survival of Assad. Russia has also expressed an interest in maintaining the territorial integrity of Syria – common ground for each side, not to mention the increasing inroads of the Islamic State terror group.
Russia is also well aware of Turkey’s weak point and how best to exploit it. The Syrian Kurds who have aided Assad in his push to retake the north had, until this year, remained largely on the sidelines of the clash between opposition and loyalist forces. That changed within weeks of Russia’s large-scale air intervention, which began last October. Several months later, the Kurds had neared Aleppo and new pockets of the Turkish border.
Turkish officials say there has been no change to the official position that Assad must leave – a demand made by then prime minister, Recep Tayyip Erdoğan, in August 2011 after the Syrian leader had spurned Erdoğan’s pleas that he recognise, rather than crush, popular opposition to his rule.
“There is a distinction between Syria and Bashar al-Assad,” a senior official said. “We hope, at some point, relations between Turkey and Syria will get back to normal. That’s what it is. That’s all it is.”
Yıldırım qualified his remarks by saying: “We need this [because] in order for counterterrorism efforts to succeed, there has to be stability in Syria and Iraq and [they] need to adopt a system of government that represents all our brothers and sisters [in Syria and Iraq]. This is inevitable.”
However, his decision to raise the issue of normalisation comes at a time when backers of the Syrian president insist that tangible steps are already underway. Talk of a detente had been rife in the region for weeks, with pro-regime media outlets in Lebanon and pro-government supporters in Istanbul detailing back-channel dialogue between senior intelligence officials in Turkey and Syria.
They had further intensified as pro-regime forces, led by Lebanese Hezbollah and Shia militias from Iraq and Afghanistan encircled northern Aleppo, after more than a year of trying. Kurdish forces also played a role cutting a route between Aleppo and the Turkish border, and bringing them into areas they had not before controlled.
The Kurdish PYD and its paramilitary force the YPG now hold vast tracts of northern Syria along the Turkish border, a fact that Ankara says supercharges the domestic insurgency it faces. For the first time in the modern history of the Turkish state, Kurds inside Syria now lord over all but a 60-mile stretch of the two countries’ shared border. And Ankara has vowed not to let the gap close further.
Syria’s Kurds recently declared the territory they had clawed back from Isis control, with American backing, to be part of an autonomous zone that neither the Turkish nor the Syrian governments recognise, and which Ankara fears will accelerate the ambitions of the PKK.
If a solution to Syria’s war is to be found, Ankara will not allow this new reality to stand. Moving the Kurds out of the way would be a small price to pay for an Assad victory. Turkey, meanwhile, may well have flagged that it is prepared to pay a much bigger price for a return to the pre-2011 status quo.
Posted by Tony at 8:09 AM