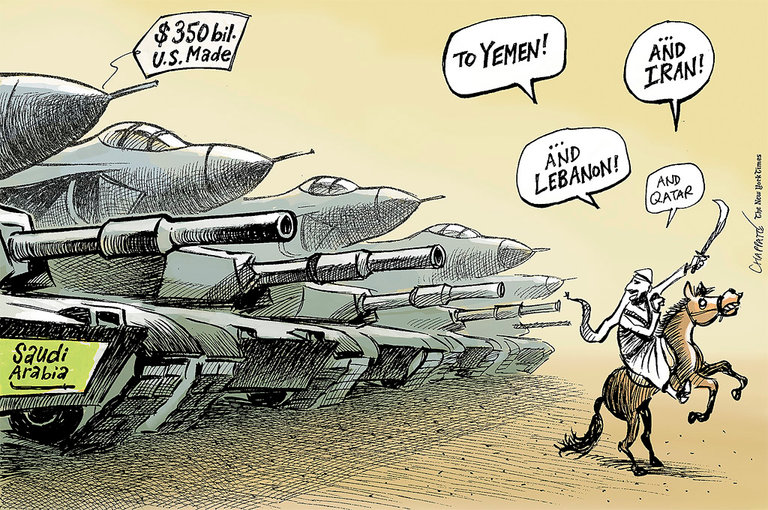 You've got to admire Mohammed Bin Salman's stamina and drive. The ambitious, adrenaline-pumped young prince is fighting a major war next door, while instigating diplomatic crises abroad and cracking down on powerful detractors at home. And yet he still finds the time to curtail the influence of the religious establishment and chart a future vision for Saudi Arabia through 2030 and beyond.

But is he reaching too far?
Well, there's rationality to that rashness, a certain dogma that drives the drama. If you lay out the acts and scenes in his short career, you'll notice that his policies are anything but random.
Soon after King Salman took over the reigns of power of the Kingdom in January 2015, he appointed his young son and close adviser, Mohammed, to the post of minister of defence. Two months into the job, Mohammed bin Salman (MBS) made his mark on the international scene.

MBS led an Arab coalition to attempt to dislodge the Iranian-supported Houthi rebels from the Yemeni capital, Sanaa, in March 2015. One month later, the son was rewarded and made deputy crown prince, the second in line to the throne.
So here's the script:
Step 1: Consolidate power
Step 2: Head off internal controversy by capitalising on regional fault lines and stoking conflict abroad.
Step 3: Repeat.
Over the following two years, the war wreaked havoc in Yemen, raining death and destruction upon Saudi Arabia's impoverished neighbour. But the rewards kept piling up for MBS. His influence grew and his 80-year-old dad, the King, delegated new authority over economic, social and foreign policy affairs to his son. It was clear he was racing to the throne. But there remained one major obstacle. And so it was time for another bold move within the Saudi royal family. Time for another diversionary tactic, a win-win move.

Act II - It's a good day to start a crisis

In early June 2017, MBS, along with the crown prince of the UAE, Mohammed Bin Zayed, manufactured a new Gulf crisis. This time, they took aim at a fellow Gulf Arab royal, by hacking into Qatar's official news agency and planting false statements attributed to the Qatari Emir, Sheikh Tamim bin Hamad Al Thani.
Soon after, Saudi Arabia and the United Arab Emirates began an all-out diplomatic, political, economic and public relations assault on their Gulf partner, with the help ofBahrain and Egypt, which continues to threaten the existence of the Gulf Cooperation Council (GCC).
OPINION

What is the Qatar-GCC showdown really about?

by Marwan Bishara
Two weeks into the crisis, his cousin, Prince Mohammed bin Nayef, was removed by royal decree and MBS was elevated to crown prince. To ensure his silence, the once-powerful interior minister was put under house arrest, causing jitters in the Kingdom and dissatisfaction in the royal family. But those reactions were muffled by the shrieks of manufactured patriotism deployed againstQatar.
MBS was now in charge of Saudi Arabia's defence forces as well as internal security. To achieve total dominance over all levers of security in the country, he needed direct control over the National Guard, a strong force made up of all Saudi tribes. For decades, the National Guard was in the hands of two men only: Abdullah bin Abdulaziz and, after he took his turn as King in 2005, his son, Miteb.

Act III - The Night of the Great Purge

On November 3, Saad Hariri, a dual Saudi-Lebanese citizen and prime minister ofLebanon was lured to Riyadh for an audience with the royals. On November 4, he declared his resignation on a Saudi TV channel, condemned his coalition partner,Hezbollah, and threatened to "cut the hands" of its backer, Iran.
The voice and face were Hariri's, but the words and objectives were Saudi. Before the shock turned into suspicion, MBS moved to depose and detain his cousin Miteb, along with dozens of princes and present and former ministers, under the pretext of fighting corruption.
In a matter of a few, short days, MBS once again outmanoeuvred his detractors and consolidated his grip on power. Once again, he cunningly diverted Saudis with drama, manufactured or real, for personal gain. And once again, his rise came at a hefty cost: the distress of his neighbours, partners, and his own family.

None of this would have been conceivable or doable without the tacit approval of Saudi Arabia's major ally, theUnited States. President Barack Obama supported the Saudi adventure in Yemen to contain Iran's influence, and he authorised greater intelligence and logistical support for the Kingdom. All in all, the Obama administration sold Saudi Arabia more than $115bn in weapons. But while Obama came to see the folly of Saudi-Iranian sectarian proxy wars by the end of his tenure, advising the protagonists to "share" the region in the context of "cold peace", his successor has been eager for the Saudis to build a regional coalition against Iran and its proxies.
Bizarre as it may have been for Obama to advise the sharing of the region by two authoritarian regimes to achieve peace, President Donald Trump's egging Saudi escalation against Iranian influence is worse. It plays straight into the "Salman doctrine" of muscular foreign policy against Iranian influence in Iraq, Syria, Lebanon, Yemen, and the Gulf, with incalculable costs to the region.
Trump agreed rather enthusiastically to sell an additional $110bn of "beautiful" US weapons to the Kingdom, and secured hundreds of billions of dollars of Saudi investment commitments in the US economy.
By the end of the Trump's visit to Riyadh in May, the Salmans had won him to their side. They committed to modernise the Kingdom and support Trump's "ultimate deal" between Israel, the Palestinians, and Arab states.
And so, the following month, @realDonaldTrump rushed to tweet his support for Saudi Arabia against Qatar, to the displeasure of his Secretaries Rex Tillerson and James Mattis. And, last week, Trump hurried to support MBS' purge of princes and ministers, accusing them of "milking" Saudi Arabia.
"They know exactly what they are doing", Trump tweeted, as if the Salmans could do no wrong.

'They know exactly what they are doing.' Really?

The war in Yemen, in its third year, has no end in sight, as violence, famine and a cholera epidemic continue to wreak havoc on the country. Not only is it a drain on the Kingdom's economy, security and international standing, but longer-range ballistic missiles from Yemen are now reaching the Saudi capital. Meanwhile, the Saudi nemesis, Iran, is keen or satisfied to see Yemen become Riyadh's Afghanistan.
The Gulf crisis has also backfired. Saudi's international backers, including the Trump administration, now insist on a diplomatic solution that ends the siege and recognises Qatar's sovereignty. Likewise, Western powers want Saudi Arabia to respect Lebanon's sovereignty, and would like to see Prime Minister Hariri free to go back to Lebanon.
WATCH
25:20

Internally, the situation, while not as bad, remains precarious. The purge under the pretext of curbing corruption is a smart, populist move that appealed to many young Saudis who have long complained about it. But if wealth and power move into the hands of even fewer Saudis, the appeal of the "anti-corruption" campaign will diminish fast.
This recipe was tried by a number of aspiring, junior leaders in the region to pave their way towards political succession. Libya's Saif al-Islam Al Gaddafi, Egypt's Gamal Mubarak and Syria'sBashar al-Assad, among others, had all made the fight against corruption and terror central to their consolidation of power. But the first two have been deposed, and Assad is struggling to rule over a devastated nation after six years of upheaval and civil war.
Will MBS share a similar fate as those favoured sons? Or, will he lead a new, "modern" Kingdom inspired by "moderate Islam" for decades to come?
A true Machiavellian, MBS' gambit required great degrees of arrogance, duplicity, and indifference to undo decades, even centuries, of political and social traditions within a matter of months. His gamble might've worked for now, but ignorance of history comes at a price.
His scheme to establish a new Salman dynasty or an absolute monarchy has thus far come at the expense of Saudi and regional stability. Unless he curbs the arrogance that propelled him to the top, it may well lead to his downfall, sooner or later. 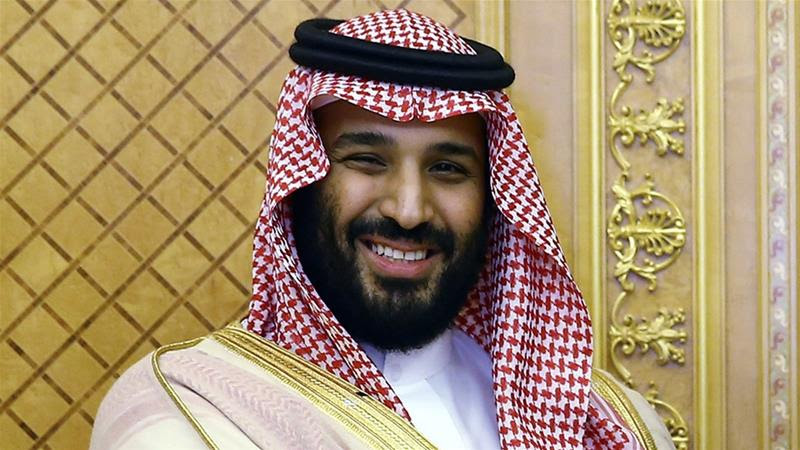 COUNTING THE COST
The cost of Saudi Arabia's purge 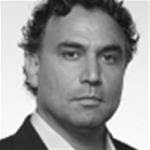