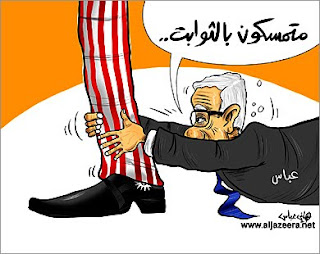 "....
But Israel was never to give up trying to mold local Palestinian leaders as alternatives to elected Palestinians or internationally recognized representatives of the Palestinian struggle. In 1978, Israeli leader Menachem Begin established the Village Leagues, giving its members relatively wide powers, including approving or denying developmental projects in the occupied territories.

He armed them and also provided them with Israeli military protection. But that too was deemed to fail. “The league members [were] widely regarded as collaborators by their fellow townspeople and villagers (And by 1983) Israel had begun recognizing the artificial nature of the Village Leagues and acknowledged the failure of the efforts to create political institutions capable of mobilizing

Palestinian support for the occupation,” wrote Ann Mosely Lesch and Mark Tessler in Israel, Egypt and the Palestinians: From Camp David to Intifada.

As a revamped version of the Village Leagues and their clan-like political apparatus, Abbas’ authority is working too well. Palestinians have to face up to the inescapable reality that their leadership has completely acquiesced and their continued silence is an affirmation of that defeat."
Posted by Tony at 5:01 AM