"Starting with a handful of warships and a promise of “punishing” attacks that did little to nothing to change the face of the ongoing civil war, the Obama Administration seems determined to keep escalating the planned Syrian War, even before they get authorization to engage in it. 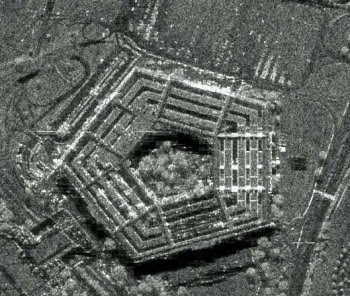 After adding a whole carrier strike group, including the USS Nimitz, to the area over the weekend, the Pentagon is now reportedly giving serious consideration to “doubling” its overall firepower for the war with the addition of significant Air Force deployments.

The Pentagon is also saying that it has been ordered to expand it’s potential target list, initially said to center around 50 or so places that the US planned to lob missiles at, though they still maintain the operation would be “limited” in nature.

Even more disturbing, officials also say that there is a renewed push to get NATO on board, with the administration arguing that NATO assets are needed to conduct the broader war. With considerable opposition internationally and domestically, it’s hard to see how they could get NATO on board, but that it is being discussed suggests the administration remains determined to start a war and escalate it."
Posted by Tony at 4:16 AM