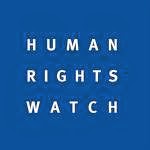 "(Beirut) – Women refugees from Syria are being sexually harassed by some employers, landlords, and even faith-based aid distributors in Lebanon, Human Rights Watch said today. Human Rights Watch interviewed a dozen women who described being groped, harassed, and pressured to have sex.

The women Human Rights Watch interviewed said they did not report incidents to local authorities due to lack of confidence that authorities would take action and fear of reprisals by the abusers or arrest for not having a valid residency permit.
“Women who have fled death and destruction in Syria should find a safe haven, not sexual abuse, in Lebanon,” said Liesl Gerntholtz, women’s rights director at Human Rights Watch. “Government and aid agencies need to open their eyes to the sexual harassment and exploitation of these vulnerable refugees and do everything in their power to stop it.”
Twelve female refugees from Syria, interviewed separately in August and September 2013, told Human Rights Watch that they had experienced sexual assault, harassment, or attempted sexual exploitation, sometimes repeatedly, by employers, landlords, local faith-based aid distributors, and community members in Beirut, the Bekaa, and North and South Lebanon. Eight of the women are widowed, unmarried, or in Lebanon without their husbands. All 12 women are registered as refugees with UNHCR, the United Nations refugee agency........"
Posted by Tony at 7:17 AM