Discontent has been building steadily over the past two years among Sunni Arabs who feel excluded and voiceless. The solution is political, not military 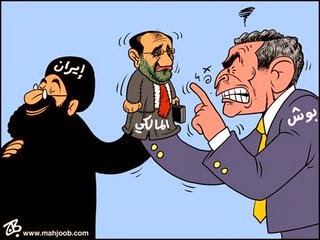 "After the Islamic State of Iraq and al-Sham (Isis), the group once commonly known as al-Qaida in Iraq, seized control of Falluja in Sunni-dominated Anbar province, the Iraqi prime minister, Nouri al-Maliki, urged residents of the city to expel the "terrorists" from their midst. He warned that only this could save their neighbourhoods from all-out battles between militants and government forces. Al-Maliki's appeal seems not only to have fallen on deaf ears but some tribal militias reportedly defected and fought alongside Isis, thus frustrating the government's efforts to retake Falluja.

This failure is hardly surprising given that al-Maliki's authoritarian ways, heavy-handed tactics against the opposition and lack of foresight has alienated a significant segment of Sunni opinion. Twice last year, al-Maliki ordered his security forces to storm Sunni sit-in protests in Anbar, which caused the death of scores of activists and angered the local population.
The spark that ignited the current confrontation was the dismantling of a protest camp last week in Ramadi, Anbar's capital (which al-Maliki called the "headquarters for al-Qaida") and the arrest of a prominent Sunni member of parliament, which further exacerbated tensions between tribal leaders and his Shia-dominated government.
Al-Maliki's critics accuse him of monopolising power and using the al-Qaida label and anti-terrorism laws to crush his political opponents. They point to the government's arrest warrant for the Sunni vice-president, Tariq al-Hashimi, on terrorism charges as a case in point.
Instead of practicing inclusive and transparent governance, al-Maliki relies mainly on sectarian support and ignores calls by the Sunni community and socially disadvantaged groups for equitable political representation and power-sharing. Discontent has been building steadily over the past two years among Sunni Arabs who feel excluded and voiceless.
Al-Qaida, a social parasite that feeds on instability and polarisation, has recently found in Anbar what the al-Qaida leader, Ayman al-Zawahiri, calls hadenah shabiyaa, a refuge, complete with willing Sunni recruits. With its new label, Isis, and having learnt from its past blunders, al-Qaida has positioned itself as a vanguard defending the persecuted Sunni community against the Shia-led government in Baghdad.
When US military forces withdrew from Iraq at the end of 2011, al-Qaida-linked militants numbered in the low hundreds. Now several thousand Sunnis fight under its banner. There is no mystery about the resurgence of al-Qaida in Iraq, an alarming development that stems from a severe and deepening political crisis, sectarian polarisation and geostrategic rivalries.
Years after they occupied Iraq and faced a mounting insurgency spearheaded by al-Qaida, the Americans learned the hard way that the most effective means of cutting their losses was to co-opt the local population, particularly the tribes, and to turn them against al-Qaida.
From 2007 to 2011 it was the so-called Sunni awakening councils or Sons of Iraq – not George W Bush's "surge" as the received wisdom in the US has it – that made Anbar relatively secure and forced al-Qaida insurgents out of their neighbourhoods.
This important lesson has been lost on al-Maliki, whose short-sighted policies have polarised the country further along sectarian, social and ideological lines, creating an opening, a small space, for al-Qaida. My conversations with Sunnis convince me that the community is not receptive to extremist ideas of the al-Qaida variety and looks towards Baghdad, the centre, for resources and leadership.
Iraq's crisis is essentially political – revolving around power and distribution of resources – and could be resolved if the ruling elite have the will and wisdom to compromise, both of which have been in short supply.
The war in Syria has poured gasoline on a raging fire in Iraq, and conflicts in both countries feed upon one another and further complicate an already complex struggle. Al-Qaida in Iraq founded both the al-Nusra Front and Isis in Syria. Hundreds of Shia Iraqis have travelled to Syria to fight on the side of the Assad regime. Now the reverberations of the Syrian war are being felt on Arab streets, particularly Iraq and Lebanon, and are aggravating Sunni-Shia tensions across the Arab Middle East.
Sectarianism is poisoning the veins of Arab and Muslim societies and threatening to tear apart their social fabric. It is no wonder then that al-Qaida-linked militants have recently gained strength in Iraq, Syria, Yemen and Lebanon.
However, the sectarian faultline masks a bigger geostrategic struggle between Sunni-dominated Saudi Arabia and Shia Iran, a struggle that is playing out in Syria, Iraq, Yemen, Bahrain and Lebanon. The two rival powers vie for mastery in the Gulf and the Levant.
Al-Maliki is said to be mobilising the army to retake Falluja, a battle that could have major regional consequences that transcend Iraq. The US fought two fierce and costly battles in Falluja in 2004 and lost almost 200 soldiers without pacifying the rebellious city. It was only when the Americans co-opted civil society and the tribes that al-Qaida's fortunes declined, a lesson that the Obama administration should impress on al-Maliki as the administration rushes Hellfire air-to-ground missiles, reconnaissance drones and other advanced arms to the Baghdad government."
Posted by Tony at 6:48 AM