Russia in Syria: what damage will it do?

The risks and unintended consequences for the Russian president, Vladimir Putin, will grow greatly as time passes


Sending troops and military hardware into the middle of another country’s civil war to prop up a ruthless and despised dictator rarely turns out well for anyone, and all the signs suggest that Vladimir Putin’s adventure in Syria will be no exception.
Not all the damage Russia wreaks will be self-inflicted. There are likely be plenty of other losers. Most analysts agree that in the absence of a very quick pivot to diplomacy leading to a real political transition in Damascus, the intervention is likely to prolong the conflict and escalate it, drawing other regional powers in more deeply.


Read more
The only beneficiaries may be Islamic State (Isis) recruiters, who can only be grateful for the Russian orthodox church’s designation of Putin’s expeditionary campaign as a “holy war”. 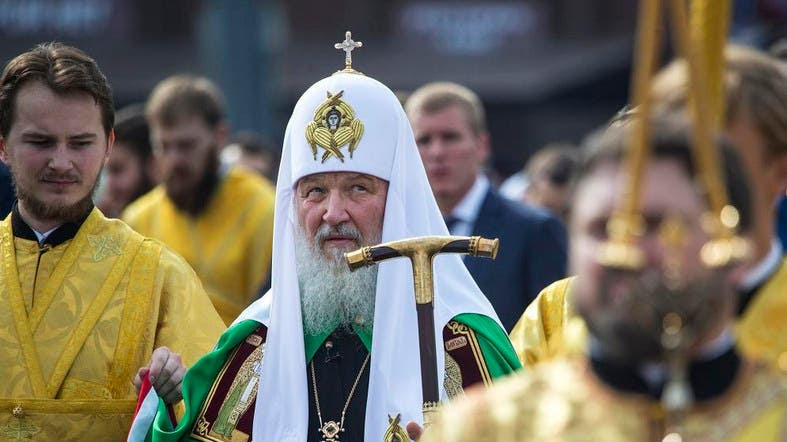 Putin scored some early tactical gains from his Syrian gambit. The deployment of Russian troops and advanced fighter jets in Syria crowded out talk of his other military campaign, in eastern Ukraine, where the Kremlin’s official claims not to be involved would have invited more general ridicule at this week’s summits in New York. Instead, the Russian leader was able to stride through the UN corridors as the driver of events on Syria, a master tactician.
With every day that goes by however, the risks and unintended consequences for Russia mount up. The Russian airbase at Latakia and the troops protecting it are reasonably well-insulated for now in the regime’s strongholds along the Mediterranean coast.
But the start of the bombing has painted a large bullseye on them. For every rebel and jihadist group seeking to claim leadership of the opposition, the Russians have become the highest of high-value targets.
If the jihadists fail to strike a symbolic blow against the Russians in Latakia or at the Tartus naval base, there is all of the Russian homeland for them to aim at.

A recent report by the Royal United Services Institute in London noted evidence that Russian intelligence was facilitating passports for homegrown Islamists to allow them to pursue jihad in Syria and Iraq, in the hope other countries’ bombers will decimate them. Now Putin has undone that work, providing a rallying cry for jihad at home.
The rebel coalition holding a growing swath of territory around Idlib call themselves the Jaish al-Fateh (Army of Conquest). It includes the al-Qaida aligned al-Nusra front, and it has Turkish, Qatari and possibly Saudi backing.There were reports of a Russian airstrike against an Isis target near Raqqa on Thursday but most of the bombing sorties on the opening day of the campaign seemed to be aimed at non-Isis rebels in the north, a choice of target that will have a range of consequences – none of them likely to bring a peace deal any closer.
It had succeeded in pushing back the exhausted Syrian army and recently securing a ceasefire with the regime that covered 14 northern towns and put a stop to barrel bombing. That ceasefire, which some hoped could be a model for other regions, is likely to be among the first victims of the Russian airstrikes.
“This takes us further away from any solutions,” said Hassan Hassan, the co-author of a new book on Isis and an associate fellow at the Chatham House thinktank in London.
“Recently when the army showed weakness, we started to see some ceasefires, and the opposition could have used this fact to get more of the rebels to agree to other ceasefires. This takes us back to a previous phase, in which the regime can maintain offensives.”

Hassan added: “This will be the case until the end of the year, when the rebels will adjust to the new reality. We will see the jihadists come out a lot more powerful, with the Russian presence a unifying factor. There will be no space for moderation in this critical period.”
“The regional players are not going to put up with it – and that risks further escalation,” said Julien Barnes-Dacey, a Syria specialist at the European Council on Foreign Relations.Russian-backed attempts to push backJaish al-Fateh will almost certainly bring an escalatory response from its regional backers, all the more so ifreports are confirmed of Iranian ground troops arriving to join the regime counter-offensive.
“Russia is being drawn into a position the west has tried to avoid for four years, of being just one party in a larger regional conflict.”
One of the weapons systems the rebels will be asking for in the face of Russian airstrikes will be shoulder-launched anti-aircraft missiles and their sponsors may on this occasion be angry enough to grant the request, putting Russian pilots at risk, and adding to the costs for Putin.
Conversely, for every day that the campaign continues, the risk mounts that the anti-aircraft missiles around the Russian bases in the west could hit American or allied aircraft, hence the urgency expressed by Russia and US to get “deconfliction” talks going as soon as possible. Memories of the downing of Malaysian airliner MH17 over Ukraine have not faded.
Dmitri Trenin, the head of the Moscow centre of the Carnegie Endowment for International Peace (CEIP) said: “Putin has certainly taken risks with the intervention in Syria. To him, however, the risks of staying out and letting Assad fall and Isis triumph were far greater than the risks of flying in to bomb.”

Fatigue, desertions and losses have taken heavy toll on Syrian army, estimated to be down from 300,000 to as little as 80,000


Read more
But Trenin added: “Whatever the Kremlin’s analysis, the problem may be with the execution. Intervening in the Middle East places big demands on the Russian military, diplomacy, intelligence and analytical capabilities, and capacity for strategising.”
The ghost of Afghanistan, Moscow’s last foreign military intervention, hangs heavy over the enterprise. It helped bring down the Soviet Union, an event Putin has described as “the greatest geopolitical catastrophe” of the 20th century. His new Russia is looking similarly creaky, with its economy expected to contract by 4% this year.
“I see Russia acting out of necessity rather than strength,” said Paul Stronski, a former senior analyst on Russia at the US State Department’s bureau of intelligence and research.
“Their gambit is very risky. It could further inflame the conflict if it goes wrong. It can refocus radical groups to Russia and it could play very poorly at home given that the majority of Russians do not support direct military intervention.
“Given the Russian economy, another question is can Russia sustain this focus long enough to bulk up Assad, or whether air power alone is enough to sustain him.”
Posted by Tony at 8:00 AM