Executions in Saudi Arabia and Iran – the numbers

Only China carries out more executions a year than Iran, according to human rights groups 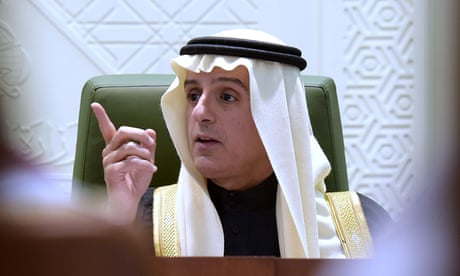 Read more
According to data collected by Amnesty International, at least 151 people were executed in Saudi Arabia between January and November 2015, while Human Rights Watch recorded 158in total during the year.
The figures mark the highest number of recorded executions in one year since 1995, when 192 people were killed. It also marks a 67% increase on the 90 in 2014. Saudi Arabia does not release its own figures on the number of people it executes.
Despite its protestations against the execution of Nimr, Iran is the only country in the Middle East and North Africa that carries out more executions than Saudi Arabia each year – globally, it is second only to China.
Iranian statistics reported 289 executions in 2014 (278 men and 11 women), but Amnesty International says reliable sources put the figure far higher. It claims that at least 743 executions were carried out in 2014.
It is worth noting, however, that Iran’s population of almost 80 million is more than twice that of Saudi Arabia. Of the executions publicly recognised by Iranian authorities, 122 (42%) were people convicted of drug offences.
Iran’s figures for 2015 are set to be even larger. Between January and mid-July last year Amnesty recorded 694 executions (compared with the official total of 246), with the majority being related to narcotics.
Similarly, nearly half of 2015 executions in Saudi Arabia were drug-related. However, the 47 executed in Saudi Arabia last Saturday were convicted of alleged terrorism-related offences.
According to Amnesty, the methods of execution used in Saudi Arabia in 2014 were beheading and via firing squad, while in Iran those sentenced to death are hanged. Some public executions are carried out in both countries.
Posted by Tony at 7:55 AM