Top 10 signs that a U.S. president is a Russian spy

How many more obvious giveaways do we need to see? 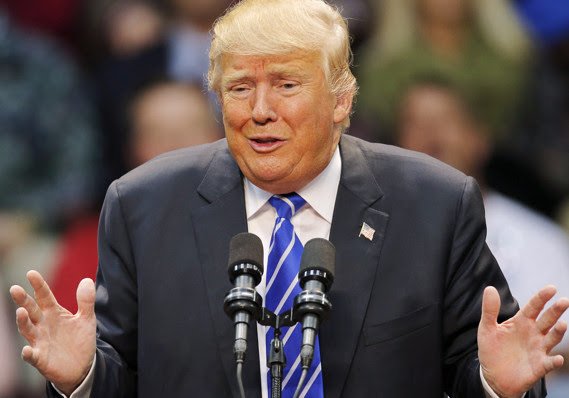 
It sounds like the stuff of conspiracy theorists and the tinfoil brigade.
It’s even straight out of Cold War fiction.
But in the shadowy world of espionage, accusations and counter-accusations, how can the ordinary citizen tell if the next U.S. president is actually an agent of the Kremlin?
Good news. Here at MarketWatch we’ve got your back.
Here are 10 “telltale signs” that a new U.S. president might be a Russian spy, and how we might be able to swear in a “Comrade-in-Chief” next month.
1. U.S. intelligence concludes that the Kremlin helped put him in power.
That’s usually a pretty strong giveaway right there. The CIA has never before accused the Kremlin of interfering in a U.S. election. They’re probably not 0-for-1.
Mind you, when Russian hackers pointedly attacked and embarrassed Donald Trump’s opponent, but left him completely alone, you have to ask: Did we really need a report by the CIA?
2. The new president sides with the Kremlin against the CIA.
Trump’s dismissive response to this news includes three classic spin techniques:shooting the messenger, by attacking the CIA; misdirection, by raising doubts about the CIA’s competence, namely the claim that Iraq had weapons of mass destruction when it didn’t; and begging the question, by implying we should now “move on.”
Neither is a serious argument. Indeed, if the CIA’s report is accurate, why on Earth would we “move on”?
Imagine Ronald Reagan or Dwight Eisenhower reacting this way to a CIA statement about Kremlin activities in the U.S. Go on — try.
3. He receives vast sums of money from mysterious Russians.
This even includes an astonishing $95 million Trump personally received from a Russian billionaire during the 2008 collapse.
In Vladimir Putin’s kleptostate, there is no fine line between the state and the private sector, the president and the oligarchs.
As Trump’s son Eric confessed: “Russians make up a pretty disproportionate cross-section of a lot of our assets. … We see a lot of money pouring in from Russia.”
4. His election suddenly makes a lot of people rich … in Moscow.
You think Wall Street has done well since Trump’s election victory?
The S&P 500 stock index of the U.S. is up about 5% since Nov. 8.
Moscow’s RTS index: 20%.
Yes, really — from 973 to 1,148. Let the vodka flow! It’s not just about the oil rally, either. That increase is more than twice that of global energy stocks.
Putin and his pals were nursing painful losses for several years. But no longer — Moscow stocks are back to their highest levels since the Ukrainian crisis.
5. He wants to end Russia’s global isolation.
Vladimir Putin’s sinister state has been subject to global sanctions since 2014, and for good reason. He’s destabilized Ukraine and annexed Crimea. The British government concluded he had “probably” assassinated a critic in London. Hehelped arm the people who blew up Malaysia Airlines Flight 17, killing 298 people.
Trump’s response? He praises Putin, wants to “get along” with Russia, and hints strongly at ending those sanctions — something he can do by executive order.

6. He surrounds himself with known Russian agents and sympathizers.
Those include Carter Page and the sinister Paul Manafort. You’d imagine that a Kremlin agent in the White House would appoint a close friend of Russia — indeed, someone who actually won the Russian “Order of Friendship” award — as secretary of state.
No wonder one of Putin’s advisers is praising Trump’s “fantastic” team.
7. He repeatedly refuses to criticize the Kremlin.
It’s been Sherlock Holmes’ dog that didn’t bark.
Time and again, during the election campaign and since, Trump has had every incentive to criticize Vladimir Putin. He was repeatedly criticized on the campaign trail for being too soft on Putin, or too friendly toward him, or even in his pocket.
And each time, Trump failed. He just couldn’t criticize Putin. Not even for allegedly murdering journalists. I mean, how hard is that?
Sometimes silence speaks louder than words.
8. He immediately drives a wedge between the U.S. and Russia’s chief Asian rival, China.
What could make the Kremlin happier than a public feud between Washington and Beijing — for example, over Taiwan?
A full trade war between the two, including tariffs, that’s what!
In retrospect, doesn’t it seem odd that so much of Trump’s campaign has been devoted to attacking China and demonizing the Chinese (oh, and the Japanese) to the American public?
Any conflict or tension between the U.S. and China, the world’s two biggest economic powers, is great news for Russia. It weakens China, hurts international unity against Russia and reduces America’s strategic options. Brilliant!
9. He also undermines NATO.
Trump’s comments undermining NATO, and particularly its commitment to the Baltic states, has long been the stuff of fantasy to Putin’s Kremlin.
The Russians have hated the North Atlantic Treaty Organization since Harry Truman set it up in 1949 to stop their expansion into Europe. They’re especially furious about its expansion into eastern Europe after the collapse of the Berlin Wall.
Many in Russia consider the Baltic states to be traditional subjects of the “Russian empire.”
It tells you a lot that the Lithuanian government recently started handing outinstructions to its citizens telling them how to cope if Russian tanks roll back in.
10. Oh, yeah — and he once marketed his own brand of vodka.
Not beer. Not bourbon. Not even gin.
Vodka.
Really, in retrospect how hard was this?