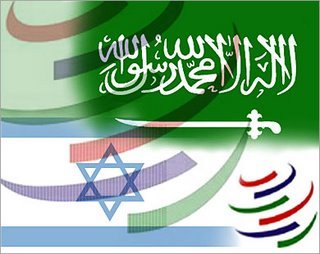 
Saudi Arabia and Israel both called on Sunday for a new push against Iran, signalling a growing alignment in their interests, while US lawmakers promised to seek new sanctions on the Shia Muslim power.
While Saudi Arabia remains historically at odds with Israel, their ministers demanded at the Munich Security Conference that Tehran be punished for propping up the Syrian government, developing ballistic missiles and funding separatists in Yemen.
International sanctions on Iran were lifted a year ago under a nuclear deal with world powers, but Republican senators said at the conference they would press for new US measures over the missiles issue and Tehran’s actions to “destabilise” the Middle East.
Saudi Foreign Minister Adel al-Jubeir called Tehran the main sponsor of global terrorism and a destabilising force in the Middle East.
Read: Saudi foreign minister says Iran main sponsor of global terror
He sidestepped a question about Israel’s call for concerted action with Sunni Arab states amid growing speculation that the two countries could normalise relations and join forces to oppose Tehran, much as Turkey has done.
Israeli Defence Minister Avigdor Lieberman said Iran’s ultimate objective was to undermine Riyadh, and called for a dialogue with Sunni Arab countries to defeat “radical” elements in the region.
“The real division is not Jews, Muslims … but moderate people versus radical people,” Lieberman told delegates.
Posted by Tony at 7:18 AM