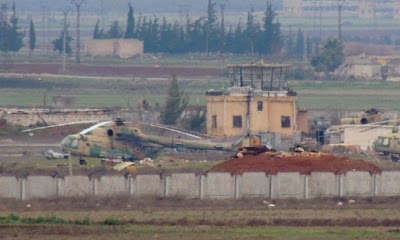 "Syrian opposition fighters have overrun Taftanaz airbase, the largest in northern Syria, after several days of fierce combat, the Syrian Observatory for Human Rights has said.

"The fighting at Taftanaz military airport ended at 11:00 am (09:00 GMT) and the base is entirely in rebel hands," said Rami Abdel Rahman, the director of the UK-based rights group, on Friday.

"Many regime forces have been killed and most of the soldiers and officers fled at dawn," he told the AFP news agency by phone."
Posted by Tony at 4:33 AM