Why We Hate Them: Arabs in Western Eyes 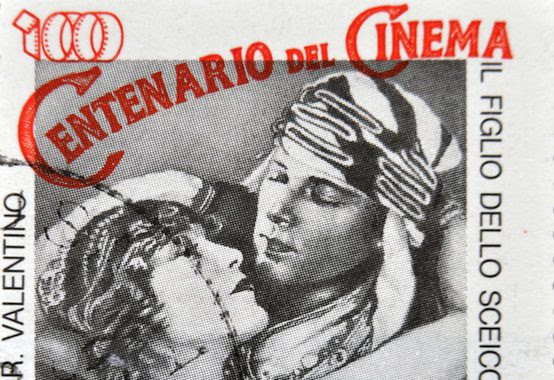 A new PBS documentary reveals how films and other media have shaped an anti-Muslim narrative.
Arabs were increasingly depicted in the cinema as lawless savages who mindlessly opposed the advanced civilizations of Europe, not unlike the American Indians who had stood in the way of manifest destiny. The possible motives for their savagery were strictly off limits, as they were in the American historical narrative. The good Arabs were the ones who were “obedient” and sought accommodation with the French and British. The bad Arabs were the “disobedient” who sought to maintain their traditional ways of life.
The rise of the Zionist movement and the creation of the state of Israel in 1948, with its forced relocation of most Palestinians — which Mearsheimer describes as “ethnic cleansing” — made further shifts in the narrative essential, particularly to demonstrate that Jews had a historic right to the land of Palestine and that the creation of the Jewish state was humanely carried out in a land that did not exist politically and was largely empty and undeveloped. Movies like “Exodus” and “Lawrence of Arabia” appeared, with the former omitting the Zionist terrorism that had led to the creation of Israel while also emphasizing historic Jewish claims to the land. The latter film expressed some sympathy for Arab nationalism but also demonstrated that savage and undisciplined Arabs could only triumph militarily under European leadership. The two films together largely completed the process of defining the Arab in Western popular culture. In “Lawrence of Arabia,” Peter O’Toole, playing Lawrence, described Arabs as “a little people, a silly people. Greedy, barbarous and cruel.” Nothing more need be said.
Read more(The American Conservative)
Posted by thankgodimatheist at 3:56 AM