Serious Abuses During Fight Against ISIS 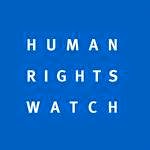 (New York) – Militias, volunteer fighters, and Iraqi security forces engaged in deliberate destruction of civilian property after these forces, following US and Iraqi air strikes, forced the retreat of Islamic State fighters (also known as ISIS) from the town of Amerliand surrounding areas in early September 2014, Human Rights Watch said in a report released today. The Iraqi government should rein in the militias and countries participating in the fight against ISIS, including the United States and Iran, should ensure military operations and other related support in the fight against ISIS are not paving the way for such abuses.

The 31-page report,  “After Liberation Came Destruction: Iraqi Militias and the Aftermath of Amerli,” documents, through field visits, analysis of satellite imagery, interviews with victims and witnesses, and review of photo and video evidence, that militias looted property of Sunni civilians who had fled fighting, burned their homes and businesses, and destroyed at least two entire villages. The actions violated the laws of war. Human Rights Watch also documented the abduction of 11 men during the operation, in September and October.

“Iraq can’t win the fight against ISIS’s atrocities with attacks on civilians that violate the laws of war and fly in the face of human decency,” said Joe Stork, deputy Middle East and North Africa director. “Militia abuses are wreaking havoc among some of Iraq’s most vulnerable people and exacerbating sectarian hostilities.”

On March 2, 2015, Iraqi security forces and Shia militias launched an assault on Tikrit, the capital of Salah al-Din province, to rout ISIS from the area. Tikrit was the scene of a massacre of at least 1,000 Iraqi soldiers by ISIS last June.

At the end of August, following a three-month siege by ISIS, ground operations by pro-government Shia militias and Iraqi and Kurdish government ground forces, supported by Iraqi and United States air strikes, pushed ISIS away from Amerli, in Salah al-Din province. Except for some sporadic clashes, the area has since remained largely free of ISIS fighters, residents say.

Following the operations to end the siege, militias, volunteer fighters, and Iraqi security forces raided Sunni villages and neighborhoods around Amerli in Salah al-Din and Kirkuk provinces. Many were villages that ISIS had passed through and in some cases used as bases. Militias appear to have planned at least some of the attacks in advance, raising questions as to whether government political and military bodies that oversee the militias are responsible for planning the attacks.

Elsewhere in Iraq and in Syria, Human Rights Watch has documented serious abuses and war crimes by al-Qaeda and later ISIS, that most likely amount to crimes against humanity.

Many Sunni residents fled the area during the ISIS siege of Amerli. Individuals interviewed by Human Rights Watch said that ISIS had targeted the homes and property of those believed to be linked to the Iraqi government but otherwise had not attacked residents.

Twenty-four witnesses, including Peshmerga officers and local sheikhs, told Human Rights Watch they saw militias looting villages around Amerli after the offensive against ISIS ended and just before militias destroyed homes in the town. They said they saw militiamen taking items of value – such as refrigerators, televisions, clothing, and even electrical wiring – out of homes, then setting the houses on fire.

Residents told Human Rights Watch that the militias, whose vehicles and insignias identified them as including the Badr Brigades, Asa’ib Ahl al-Haqq, Kita’ib Hezbollah, and Saraya Tala’a al-Khorasani, destroyed, in part or entirely, numerous villages between the towns of al-Khales, in southern Diyala province, and Amerli, about 50 kilometers north.

Officers of the Kurdish Peshmerga forces that joined the government in the Amerli operation told Human Rights Watch they saw 47 villages in which militias had destroyed and ransacked homes, businesses, mosques, and public buildings.

Satellite imagery analyzed by Human Rights Watch corroborated witness accounts. The imagery showed that most of the damage resulted from arson and intentional building demolition inflicted after militias and security forces had lifted the Amerli siege and ISIS had fled the area, between early September and mid-November.

Human Rights Watch did not document reports of killings of civilians in this operation but has documented allegations of militia killings and other abuses in numerous other areas of Iraq in several reports in 2013 and 2014. Media reports of militia abuses during the course of fighting increased dramatically in late 2014 and 2015. On February 17, the Shia cleric Muqtada al-Sadr condemned militia abuses and announced a freeze of the activities of the two militias he oversees, Youm al-Mawoud and Saraya al-Salam, that had also been fighting against ISIS.

In a March 12 letter, Prime Minister Abadi’s office responded to Human Rights Watch’s February 25 letterconveying the main findings of the report. The prime minister’s office acknowledged that there were “individual lapses unconnected to government conduct.” The response noted that there were arrests in some of these individual cases, but that alleged victims did not appear before the court to testify regarding their allegations. It stated that abuses attributed to Hashd al-Shaabi (Popular Mobilization) forces were in fact committed by ISIS, and that “most of the material from Internet websites” was “false footage.”  The response did not comment on satellite imagery evidence showing that most arson damage took place after the areas in question came under militia and Hashd al-Shaabi control.

The Iraqi government should rein in the militias with the aim of disbanding them, Human Rights Watch said. Prime Minister Hayder al-Abadi should take immediate steps to protect civilians in areas where militias are fighting, assess and provide for the humanitarian needs of people displaced by militias, and hold accountable militia leaders and fighters responsible for serious crimes, such as those documented in this report.

In a December 18, 2014 opinion article in the Wall Street Journal, al-Abadi pledged to “bring … all armed groups under state control. No armed groups or militias will work outside or parallel to the Iraqi Security Forces.” The abuses that Human Rights Watch documented show that it is imperative for al-Abadi to make good on this pledge.

The United Nations Human Rights Council should publicly document crimes by militias and security forces against civilians as well as the crimes of ISIS, Human Rights Watch said. Countries providing military assistance to Iraq, including the United States and Iran, should require the government to show that it is taking effective steps to end the very serious crimes by militias.

“Iraq clearly faces serious threats in its conflict with ISIS, but the abuses committed by forces fighting ISIS are so rampant and egregious that they are threatening Iraq long term.” Stork said. “Iraqis are caught between the horrors ISIS commits and abusive behavior by militias, and ordinary Iraqis are paying the price.” 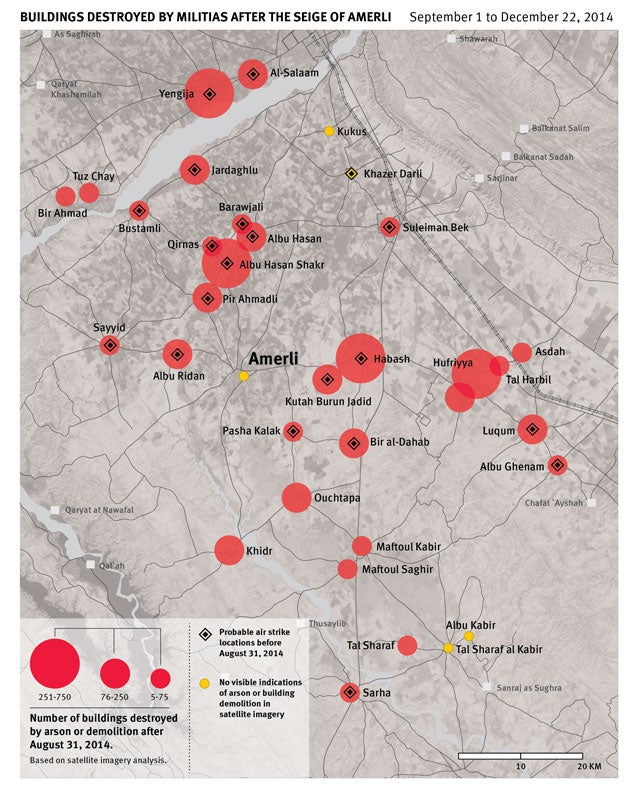