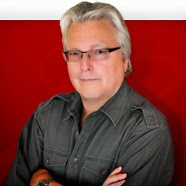 
March 21 2015
The US media is full of stories about how the Obama administration  is going to punish Israel for re-electing Bibi Netanyahu in an election marked by demagoguery and arrant racism.
The New York Times EVEN warns President Barack Obama may back a series of  UN resolutions demanding that Israel withdraw to its narrow 1967 borders and there create a viable Palestinian state.
Hardly.  “King Bibi’s” re-election makes Israel virtually unassailable and master of all its surveys.
Who is going to force Israel to follow this sensible, two-state solution to the misery of the Palestinian people?  Obama could not even stop Netanyahu from coming to Washington and humiliating him before Congress.    Is Obama going to force Israel and its 650,000 armed settlers out of the West Bank?
Not so long as Israel and its American advocates control both the Congress, the Republican and Democratic parties – and Hillary Clinton. The late Israeli PM Ariel Sharon reportedly said to an aide concerned about a negative US response,  “don’t worry about the US, I control the US.”
Israel’s partisans hold important influence over France’s  government and ruling Socialist Party.  France secretly supplied Israel with nuclear weapons capability in the 1950’s.
Both Britain’s parties are similarly beholden to pro-Israel donors.  Germany remains very timid in foreign policy and does pretty much what Israel demands, even supplying Israel with submarines to carry nuclear-tipped cruise missiles.
Russia’s Vlad Putin is quite pro-Israel and never forgets there are one million former Russians now living in Israel.   China has wisely stayed out of the Arab-Israeli dispute.  So short of the US, no power can force Israel out of its annexed lands.
Most Israelis will be happy with the electoral outcome.  Poll show some 75% of Israelis oppose creation of a Palestinian state and don’t want to live near Arabs, whom many calls “Wild animals.” Their mood is somewhere to the right of white South Africans during the apartheid era.  Israel’s center-left, led by Ashkenazi European Jews has been shattered.   Mideastern Jews and Russian emigrants now call the shots.
Israelis moan and groan a lot about their economic woes but in fact their per capita income, boosted by over $3 billion in annual US aid, is higher than Italy’s and close to that of Western Europe.   Israel’s military and high tech industries are by now world leaders.
Israel’s mighty military could conquer the central Mideast, including Egypt and Saudi Arabia,  in a week.  With over 200 nuclear weapons – why so many one wonders – Israel is unassailable.  Saudi Arabia, Jordan, Morocco,  Egypt and the United Arab Emirates are tacit allies.  Israel controls the flow of the US aid that keeps Egypt from starving thanks to its hammerlock on Congress.
So who will push Israel back to its 1967 borders? Not al-Qaida which has only a few hundred active members. Not the Islamic State gang of thugs which excels at online PR and fighting inept Arab forces.  Not an EU boycott: Israel values the conquered West Bank – and don’t forget strategic Golan – more than shipping tomatoes to Europe. Not Iran, which is militarily decrepit and unable to project power – and which has no nuclear weapons or the means to deliver them.
The Arab world had only three significant military powers: Egypt, Syria and Iraq.  Egypt has been bought off and has become the first real Arab neo-fascist state.   Syria and Iraq lie in ruins thanks to US intervention.
The dream of the 1920’s Zionist theoretician Vladimir Jabotinsky – the guiding light of the Netanyahu family –  is coming true:  a few heavy blows to the brittle mosaic of the  Arab world will bring down its regimes and open the way to Greater Israel.
No wonder Israel’s founding father, David Ben Gurion, refused to define his new nation’s eastern borders.  War hero Moshe Dayan asserted it was not his generation’s right to define these borders – but up to future generations.
The recent discovery of huge underwater gas and oil fields  between Israel/Palestine and Cyprus are a bonanza for Israel, which will shortly become a net energy exporter.  Secret deals between Israel and the Kurds are bringing more oil to the Mediterranean coast through Turkey.
As for the Palestinians, they don’t seem to have much hope.  Chances for even a rickety, feeble Bantustan state on the West Bank are gone.  Netanyahu declared no Palestinian state at the end of the elections race.  He will, of course, continue flirting with the US and EU over this worn-out question,  making small tactical concessions to allow his western allies to continue going along with the charade that “peace talks” are still alive. They are not and have not been for a decade.  It just suits the western powers to continue this deceitful game while Israel relentlessly annexes the Occupied Territories.
Palestinians will do well to be rid of their aged, useless puppet leader, Mahmoud Abbas.  Hamas, locked up in Gaza  by Israel and Egypt, will be the real Palestinian voice.   Many of them will think of emigrating from Palestine, which is just what Israel wants as it continues to bulldoze and cement over the West Bank.  Occupied Golan, from which 230,000 Syrians were ethnically cleansed after 1967, will be forgotten, becoming part of Greater Israel.
Israelis have shown they don’t want to be part of the neighboring Arab world, any more than many white South Africans wanted to join black Africa.   They want to stand alone behind their high walls, their restive Arab populations locked away in tribal reservations.  Israel has the land, the water and now the energy, and intends to keep them all.
And why not. Israel and King Bibi now hold all the high cards.
Posted by Tony at 8:36 AM