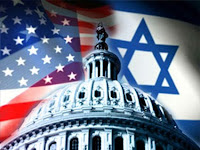 ".....The domination of Washington by a postage stamp–sized country in the Middle East never ceases to astonish. No matter what Tel Aviv does, Washington will always side with Israel. And there should be no question but that blind support of Israel has severely damaged other national interests in the Middle East region and has trashed the international reputation of the United States of America. Now Washington will be crippling itself with a series of self-inflicted wounds before withdrawing into a bunker because it is unable to get its way in terms of how the rest of the world should regard Israel and its policies. It is mind-numbing to contemplate, and every American should be shamed by the spectacle that is taking place, particularly given the issue that is behind most of the sound and fury — statehood and some measure of dignity for a people that has been sorely abused and all but destroyed through Israeli cruelty and American indifference. What does Ambassador Shapiro think when he exits from a session in which he has to first apologize before crawling in front of a puffed-up Israeli government minister? What do Hillary Clinton and Barack Obama and State Department spokeswoman Victoria Nuland really think when they defend the indefensible? Do they care about the damage that they are doing to the United States, its interests, and its people? I fear they do not, but this seemingly endless parade of those in public life prostrating themselves before Israel cannot end until we the people demand that it should be so. May that come soon."
Posted by Tony at 4:24 AM