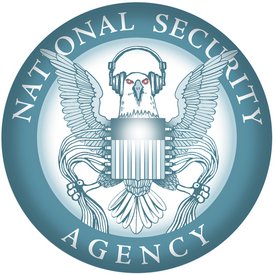 "
We know that electronic spying has completely run amok when tiny Luxembourg’s prime minister, Jean-Claude Juncker, just  resigned over a nasty scandal involving his nation’s tiny intelligence service.
According to some reports,  Luxembourg’s ruler, Grand Duke Henri, was bugged by means of a Dick Tracy-style watch.   All this recalls the late comic Peter Sellers’s delightfully silly film, “The Mouse that Roared.”
Europe, however, is not laughing. Recent revelations of massive, ultra-intrusive US electronic spying in Europe by fugitive National Security Agency (NSA) contractor Edward Snowden have ignited a firestorm of outrage – and hypocrisy – across the European Union.
Germany, with sinister memories of the Gestapo and East German Stasi, is particularly incensed.  The magazine “Der Spiegel” says documents shown it by Snowden show that NSA read half a billion phone calls, emails, faxes and bank communications in Germany alone – in a month.  German officials called this spying “disgusting” and “intolerable.”

France’s foreign minister, Alain Juppé, denounced the US for spying on a close ally.   Russia and China rubbed their hands in glee over Washington’s acute embarrassment.....

Even so, Washington’s lame excuse “everyone does it” or blaming “terrorism” is clearly bogus.  No other nation mounts such an intensive worldwide electronic spying operation.  Spying on EU trade negotiators discussing banana quotas has nothing to do with so-called terrorism.
Bureaucrats and politicians hate whistleblowers. Not so much because these brave, public-spirited people reveal deep dark secrets of state, but because they cause sharp political embarrassment and identify all sorts of dirty business concealed from voters.   That’s why lynchings are planned for both US Army whistleblower Bradley Manning and Ed Snowdon.
The real “national security” issue involved here is the security of  hypocritical politicians and career bureaucrats."
Posted by Tony at 7:25 AM