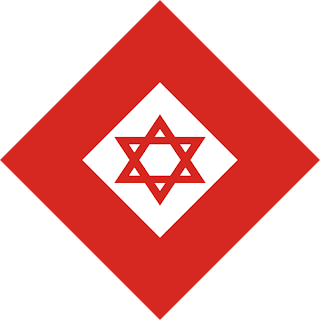 "A notoriously racist rabbi who once called on Israel to slaughter a million Palestinian civilians has been appointed to head a supervisory committee for Magen David Adom (MDA) – Israel’s equivalent of the Red Cross and Red Crescent.

Haaretz reported that under pressure from ultra-Orthodox Jewish groups MDA decided to set up a rabbinical committee to dictate religious guidelines – including gender relations – for volunteers in the rescue service.

The committee is headed by Rabbi Shmuel Eliyahu, the Chief Rabbi of Safad, whose salary is paid by the Israeli government. Eliyahu has a long, well-documented history of extreme racism and has called for violence against Palestinians.......

In 2007, Eliyahu advocated mass slaughter of Palestinians in order to deter rocket fire from Gaza, while defending a ruling by his late father that Israel was permitted to indiscriminately kill civilians. “If they don’t stop after we kill 100, then we must kill a thousand,” Shmuel Eliyahu advised, adding, “And if they do not stop after 1,000 then we must kill 10,000. If they still don’t stop we must kill 100,000, even a million. Whatever it takes to make them stop.”"
Posted by Tony at 7:19 AM