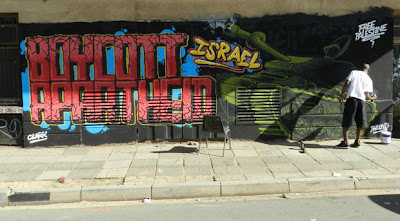 "“Because of the treatment and policies of Israel towards the Palestinian people, we strongly discourage South Africans from going there,” South Africa’s deputy minister of international relations and co-operation has told the Mail & Guardian.

The Deputy Minister Ebrahim Ebrahim added that this was South Africa’s “general policy,” but more so “in regard to municipalities, since they are part of government.”