The new face of Egypt 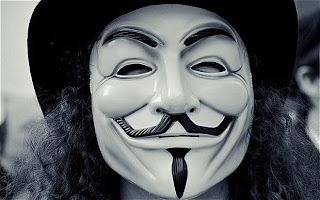 "....Egypt on Monday seemed unrecognizable to itself.

For many months, since the toppling of Hosni Mubarak, we all suffered from prosopagnosia as we wondered who ruled the country, knowing full well that it wasn’t the scar-faced revolutionaries. Was it the faceless deep state, the defaced feloul, the two-faced Brotherhood or the stone-faced Supreme Council of the Armed Forces?....

What about Morsy? Is he the same person who promised a civic state and vice presidents who are women and Copts? Is he the president or simply the face of an executive branch of Mohamed Badie, the Brotherhood supreme guide? Was the removal of the top brass on Sunday night a presidential coup? Or was it an attempt to preempt a coup by the SCAF over Morsy?

Egyptians are now choosing to slap on the country the mask of their choice, hoping it will make it more recognizable. The Nasserists, Salafis, seculars, cosmopolitans, elite bourgeoisie, minorities and Brotherhood all believe in their own illusions of majority because of their face masks.

Perhaps that is why, more than ever before, we are circulating images of Egypt as we remember it or would like it to be, and the country is increasingly multi-faced....."