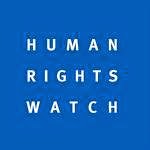 "The US State Department gave Bahrain’s ruling family a big assist yesterday in its efforts to suppress the opposition party Al Wifaq.

Yesterday, Bahraini authorities arrested Al Wifaq’s deputy leader, Khalil al-Marzooq, on what appears to be trumped up charges. But instead of denouncing the arrest, a US spokesperson criticized Bahrain’s opposition groups for withdrawing from a “dialogue” with the government to protest the arrest.

Al-Marzooq is a prominent public figure and a chief interlocutor with Western governments. According to the Public Prosecution Office statement, officials are holding al-Marzooq for 30 days as they investigate charges of “inciting and advocating terrorism.” Al-Marzooq had been “speaking at many forums, inciting violence and promoting terrorist acts, advocating principles which incite such acts, supporting violence committed by the terrorist coalition, and legally justifying criminal activities,” the statement said.

Bahraini authorities provided no examples of remarks by al-Marzooq supporting their allegations.
Marzooq served as deputy speaker in Bahrain’s 40-member parliament before the group walked out in 2011 to protest the violent crackdown on anti-government demonstrators. Al-Marzooq’s arrest came after he spoke at a rally earlier in September. Human Rights Watch reviewed a video of the rally, in which al-Marzooq said, “We support peaceful movements and transparently state […] that we are not part of the violent groups or their actions.” But it’s the following remark that may have triggered his arrest: al-Marzooq said that the anti-government February 14th Youth Coalition is not a terrorist group, contrary to government assertions.

After the arrest, Al Wifaq and other opposition groups withdrew from a “national dialogue” with the government that appeared to be getting nowhere fast in efforts to address Bahrain’s political crisis.
On Wednesday, when a reporter at the State Department daily briefing in Washington DC asked deputy spokesperson Marie Harf to comment on al-Marzooq’s arrest, she said she was “disappointed that opposition groups have suspended their involvement in the national dialogue … we’ll continue to encourage everyone to participate in it.” Her line never wavered, even when she was asked follow-up questions. Thursday evening, US officials expressed concern about al-Marzooq’s detention – but still didn’t denounce it.
Given the failure to produce any evidence that al-Marzooq or Al Wifaq advocated violence, Harf’s ham-fisted evasion on Wednesday of repeated opportunities to criticize al-Marzooq’s arrest must have been sweet music to the ears of Bahrain’s ruling family hardliners who are determined to quash all manner of dissent. Her next-day reversal displays an alarming inconsistency in US messaging aimed at a government known for repression.
Washington now needs to publicly denounce al-Marzooq’s arrest, and condemn the wider escalation of repression in Bahrain."
Posted by Tony at 7:55 AM