New Resolution Should Include ICC Referral 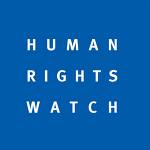 "(New York) – The resolution the United Nations Security Council is considering about the August 21, 2013 chemical weapon attacks in Syria should include a referral to the International Criminal Court (ICC). An ICC referral of the situation in Syria would be a major step toward achieving justice for victims of the attack and other atrocities by all sides in Syria’s armed conflict.

“To lock up the chemical weapons and not prosecute those who used them is an affront to the civilians who died,” said Richard Dicker, international justice director at Human Rights Watch. “Referring Syria to the ICC is essential for justice for the tens of thousands of civilians killed in Syria by all sides since the conflict there began.”

Because Syria is not a member of the ICC treaty, the Security Council would have to give the court jurisdiction. A new Human Rights Watch document provides questions and answers about the referral process.

France included an ICC referral in an early draft of a Syria resolution, but there is concern that the clause could be eliminated for political concessions as negotiations progress, Human Rights Watch said....."
Posted by Tony at 4:38 AM