Communication technology and revolutionary organization in the 21st century

"The following article first appeared in Arabic on the Revolutionary Socialists website, on 29 January 2013. Thanks to Anne Alexander for her help in translating it into English… 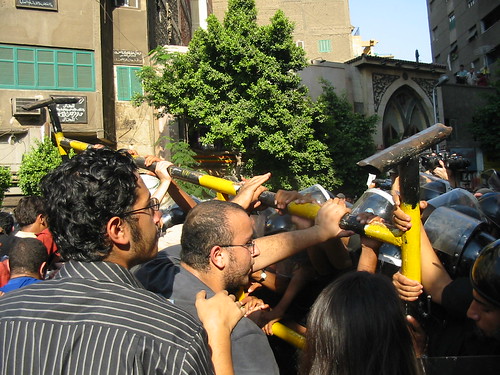 Accompanying this partial opening for political work in the streets was also a widening of the margin for freedom of expression and opinion:
1. The emergence of private newspapers (I do not use the term “independent press”), which were owned by businessmen such as Al-Masry al-Youm. Of course Salah Diab, or Naguib Sawiris and others of their kind did not do this because they were “free-speech revolutionaries,” but as businessmen aiming to make a profit, and who were well aware that the era of [the old state-run newspapers] Al-Ahram, Al-Akhbar and Al-Gumhuriya was over, and that there was a market for a more professional press, within the limits of the “red lines” agreed with the regime and the security forces according to changing circumstances and terms of negotiation.
2. The spread of satellite channels such as Al-Jazeera and others meant that [the state TV and Radio at] Maspero had lost its monopoly over broadcasting towards the end of the 1990s. This was followed by the emergence of talk show programs on Egyptian satellite channels (which again cannot be described as “independent” or “revolutionary” media), where the professional standards were higher than on state TV, and which had greater room to convey some aspects of the protests, contributing in turn to widening the space for expression, even if this was not the goal of their owners, who were up to their ears in alliances with the Mubarak regime. Protesters often used the traditional media before the January Revolution in order to communicate with their colleagues in the same sector, and to urge them to move. 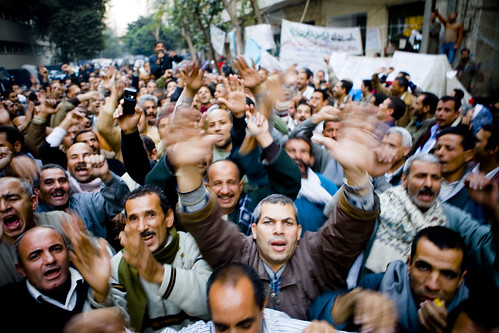