Crime of ‘Insulting Public Officials’ Should be Abolished 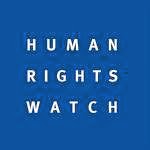 "(Tunis) – An appeals court on October 17, 2013, overturned the conviction of a rapper on charges of “insulting the police”. But Tunisian legislators should abolish laws that criminalize defamation and “insulting” state officials and institutions.

A district court had sentenced the rapper, Klay BBJ, to six months in prison for performing lyrics it deemed “insulting” at a summer music festival. Laws criminalizing peaceful criticism and even “insults” to public officials and institutions violate international standards on freedom of expression, Human Rights Watch said.

“It’s great to see Klay BBJ free, but meanwhile he spent three weeks in prison and never should have been charged in the first place,” said EricGoldstein, deputy Middle East and North Africa director at Human Rights Watch. “Tunisia needs to stop arresting people for offending government officials or institutions and get rid of the laws that criminalize that kind of criticism.”

Since the Tunisian revolution in 2011, authorities have repeatedly used these and other repressive laws of the previous government to prosecute speech they consider objectionable. The National Constituent Assembly, which is also the legislature, has made no move to abolish these laws.

During the appeal before the Grombalia First Instance Court, the defense argued that Klay BBJ had not insulted the police and that in any event,his song is an artistic creation protected by the right to freedom of expression under Tunisian and international law. The defense also said that the penal code article on insulting a public servant applies only to insults to individuals, whereas the song addresses the police as an institution. The court will announce its reasoning for overturning the conviction when it publishes its judgment...."
Posted by Tony at 4:16 AM