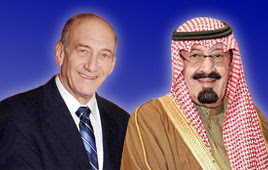 The Israeli daily "Yediot Aharonot" said Tuesday that the exchange of trade between Israel and Saudi Arabia has dramatically risen in the past five years, reaching 30%. The daily added that former Prime Minister Ariel Sharon had encouraged the trade between both countries, now worth tens of millions of US dollars. According to Yediot, dozens of Israeli companies are taking part today in several projects in the Saudi Kingdom, particularly through European companies. One of the major projects Israel is taking part in is the "Hosbat al-Madares in Saudi Arabia", and it's being executed by a Hi-Tech company from Remat Hasharon. The daily added that the Saudis are highly valuing Israeli achievements, particularly in agriculture. An Israeli agricultural consultant, Yediot said, had stayed for two weeks in the Kingdom, with the knowledge of the Saudi authorities. The project is to build a tomato and hot pepper farm. The daily also said that for more than two years, the Saudi Ministry of Agriculture has been in contact with a company from the Netherlands, which is also a subsidiary of an Israeli firm, to develop Saudi agricultural sectors. The contact was made via the Israeli-Arab Friendship Society. Yediot said that relations with Israeli businessmen through the Society, were established in 1991 by "oil emperor" Adnan Khashekji.
Posted by Tony at 9:06 AM