Bashar al-Assad has amassed fortune of up to £950m, analysts estimate 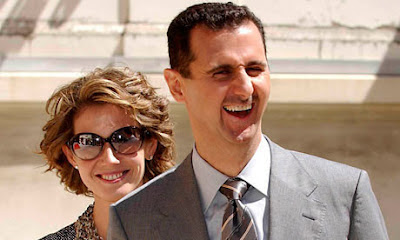 Syrian president's assets are thought to be held in Russia, Hong Kong and offshore tax havens to spread risk of seizure

"The Syrian president, Bashar al-Assad, has amassed up to $1.5bn (£950m) for his family and his close associates, according to analysts, despite moves in London, Switzerland and the US to freeze the assets of his regime.

Many of Assad's assets are held in Russia, Hong Kong and a range of offshore tax havens to spread the risk of seizure, according to London-based business intelligence firm Alaco.

A myriad of companies and trusts are understood to have been deployed to disguise assets that ultimately belong to members of the Syrian regime.

Iain Willis, the head of research at Alaco, said the millions of pounds frozen in UK bank accounts make up just a fraction of the regime's estimated global wealth.

In peacetime, the Assads and their close friends owned around 60% to 70% of the country's assets, from land and factories to energy plants and licences to sell foreign goods. But Assad would find it difficult to liquidate such assets in the event of his regime's collapse....."
Posted by Tony at 3:25 PM