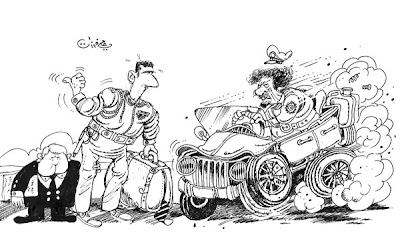 "In Beirut, Guardian reporter Luke Harding has been talking to influential columnist Rami Khouri, who today described the Assad regime as a "dead duck".

Khouri told him the government in Damascus is likely to survive for "no more than a couple of months", with the Syrian conflict now "speeded up" following yesterday's devastating Damascus bombing: "There is no other direction now than the collapse of the regime. Once the essential confidence of the people holding it up starts to shake the final collapse is very close," he said.

Khouri added that the circumstances of the bombing are murky, amid reports from neighbours that the national security headquarters in the capital where the blast allegedly went off appears undamaged.

"Is it an inside job? Or a palace coup that went wrong? We don't know. The problem is that this regime is very secretive," he said. "What we know is that the ability of this regime to govern has gone."

Assad's only remaining option is to flee the country, Khouri said – pointing out that this option is still eminently viable, since there is currently no international indictment against Syria's president.

"He [Assad] has lost the reform option. He has lost the dialogue option. The violence option has proved futile. His only option now is to get out of the country safely. He could still retire somewhere," he said....."
Posted by Tony at 4:38 AM