The starvation diet for Gaza shows the blockade will fall 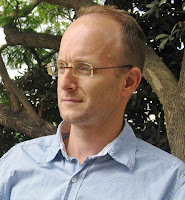 "Six and a half years ago, shortly after Hamas won the Palestinian national elections and took control of Gaza, a senior Israeli official described Israel's planned response. "The idea," he said, "is to put the Palestinians on a diet, but not to make them die of hunger."

Alhough Dov Weisglass was an adviser to Ehud Olmert, the prime minister of the day, few observers treated his comment as more than hyperbole, a supposedly droll characterisation of the blockade Israel was about to impose on the tiny enclave.

Last week, however, evidence finally emerged to prove that indeed this did become Israeli policy. After a three-year legal battle by an Israeli human rights group, Gisha, Israel was forced to disclose its so-called "Red Lines" document. Drafted in early 2008, the defence ministry paper set forth proposals on how to treat Hamas-ruled Gaza.

Health officials provided calculations of the minimum number of calories needed by Gaza's 1.5 million inhabitants to avoid malnutrition. Those figures were then translated into truckloads of food Israel was supposed to allow in each day.....

On the first day of the Gaza offensive, Yoav Galant, the commander in charge, explained the aim succinctly: it was to "send Gaza decades into the past". Seen in this context, Mr Weisglass' diet can be understood as just one more refinement of the Dahiya doctrine: a society refashioned to accept its subjugation through a combination of violence, poverty, malnutrition and a permanent struggle over limited resources.
This experiment in the manufacture of Palestinian despair is, it goes with saying, both illegal and grossly immoral. As cracks open in Israel's blockade, including the Qatari diplomatic mission this week, the experiment is also ultimately certain to be futile."