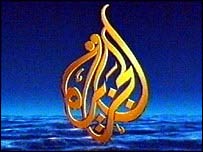 "Al-Jazeera's editorial independence has been called into question after its director of news stepped in to ensure a speech made by Qatar's emir to the UN led its English channel's coverage of the debate on Syrian intervention.


Journalists had produced a package of the UN debate, topped with excerpts of President Obama's speech, last Tuesday when a last-minute instruction came from Salem Negm, the Qatar-based news director, who ordered the video to be re-edited to lead with the comments from Sheikh Hamad bin Khalifa al-Thani.

Despite protests from staff that the emir's comments – a repetition of previous calls for Arab intervention in Syria – were not the most important aspect of the UN debate, the two-minute video was re-edited and Obama's speech was relegated to the end of the package.

However, in recent years, Qatar has taken steps to consolidate its control over the channel as the country seeks greater political influence in the Gulf.

In September 2011, Wadah Khanfar, a Palestinian widely seen as independent, suddenly left as director-general after eight years in the post and was replaced by a member of the royal family, Sheikh Ahmed bin Jassim al-Thani, a man with no background in journalism.

In his resignation letter, Khanfar said, after noting that the channel had been criticised by Donald Rumsfeld and hailed by Hillary Clinton, that "al-Jazeera is still independent and its integral coverage has not changed".
He added: "When we launched in 1996, media independence was a contradiction in terms", but al-Jazeera had managed "to pleasantly surprise" its critics by "exceeding all expectations"."
Posted by Tony at 7:12 AM