A Different War in Gaza, and the War Ahead 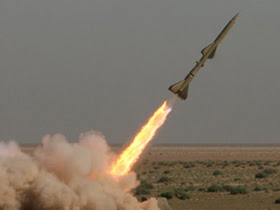 "....However, Israel’s intentions were not exactly about achieving peace and tranquility. For decades, Israel’s sought to have complete monopoly over violence, thus the right to punish, deter, intervene, occupy and ‘teach lessons’ to whomever it wanted, whenever it wanted. Its recent targeting of Sudan, its past strikes against Iraq, Tunisia, Syria, appalling wars in Lebanon, and constant threats against Iran are all cases in point.

Certainly, something big has changed. Not that Palestinians managed to narrow the imbalance of power, but that they succeeded in imposing their resistance as a factor in Israel’s ‘security’ equation that was exclusively determined by Israel.

Despite their heavy losses, thousands of Palestinians danced with joy throughout the Gaza Strip. They kneeled and prayed among the rebels, thanking God for their ‘victory’. Masked armed men were crowded by jubilant Gazans cheering for resistance. Israel and its benefactors began assigning blame by pointing the finger mostly at Iran. But their words drowned in the echoes of Palestinian chants. All parties know that something fundamental has been altered, although the battle is anything but over. A war of a different kind is about to begin."
Posted by Tony at 6:49 AM